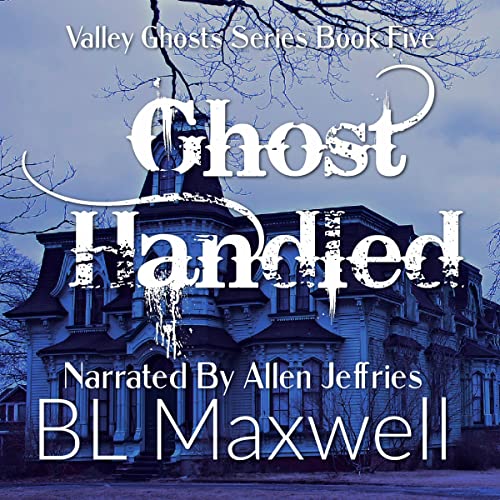 Written by: BL Maxwell
Narrated by: Allen Jeffries
Try for $0.00

Wade was once terrified of Jason’s obsession with spirits, but now that he knows his own abilities a little better, he’s more than willing to go along with his boyfriend Jason on another adventure. But three? It was his idea to investigate three haunted locations in three nights, but not knowing much about the places worries him. After all they've been through, he knows he can trust Jason to keep them safe.

A lot has changed the past two years. Jimbo and his boyfriend Dean have also joined the team. Much to Jimbo’s reluctance, and Dean’s delight. They agree to travel along with Wade and Jason for this trifecta of haunted houses, but Jimbo might have some surprises up his sleeve that have nothing to do with ghosts. Now if only they can make it through three nights of ghost hunting.

What listeners say about Ghost Handled

I loved this book. Allen Jeffries really brings this story to life and makes you love the characters even more. When Jason realizes Preston Castle might be to big a job. Wade comes up with the idea to visit 3 different haunted locations in 3 nights. Jimbo and Dean are now in the group. So be ready for some spooky haunts, funny moments and romance with the Running Scared Paranormal crew.