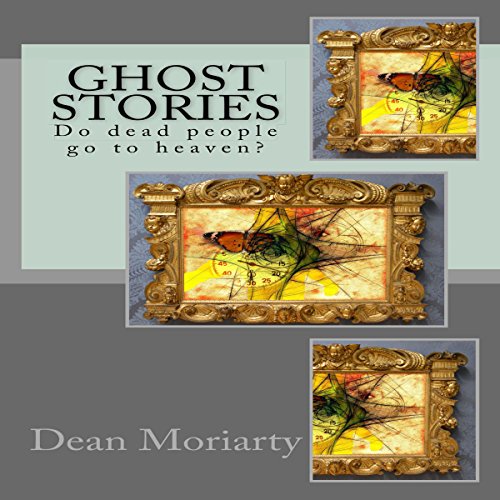 Written by: Dean Moriarty
Narrated by: Sarah Logan
Try for $0.00

When she came to the train station she waited for the first train out of town and settled herself on a wooden seat in the empty station and hoped no one else would come along and disturb her.

After a while her head began to nod, and before long, the ordeal which had worn her out drifted away as she dozed off to the hum of the trains travelling along the tracks to somewhere else.

The X-ray dog settled down near her to guard her against all comers and before long was asleep too.

What listeners say about Ghost Stories: Do Dead People Go to Heaven?

A bunch of words that create a story, I think...

I wasn't impressed. I felt like the author did not have a clear picture, let alone a targeted audience. One minute the story started, then next minute we were on to the next story, but then parts of the first story came back around. I was very confused.

I gave the performance a 3 star because Sarah Logan seemed to try her hardest with what she was given. She started off slightly robotic, which made me think "uh oh!" But then she began to do voices and it seemed like her motivation to tell a good story finally arrived a half hour into the book.

I think this book was original; however, it just wasn't for me.

This book was given to me for free at my request and I provided this voluntary and honest review.