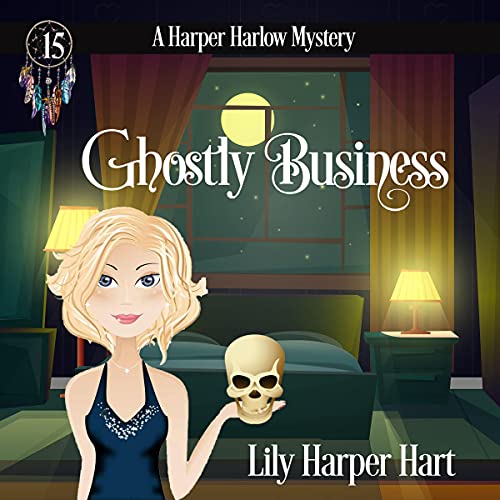 Every “quiet” town has secrets. The one nobody expected is about to rock Whisper Cove.

During what should’ve been a romantic double date, a fire breaks out at a historic home. Harper Harlow and Jared Monroe race to the scene to make sure nobody is trapped or in danger...and discover one heck of a secret.

It seems, the house, which was owned by a solitary older woman who kept to herself, was being run as a brothel. Now, she’s dead, and there’s a bevy of married men on the hot seat for her murder.

Harper has a cantankerous ghost to deal with and a bevy of odd emotions running roughshod over her mental health. She feels like an invader in her own skin, and she can’t figure out why.

Jared’s problems are even more pronounced. Whenever he questions an individual present at the house that night, they threaten him with a legal suit before clamming up. On top of that, he’s worried about Harper, who seems fixated on the case.

Since the moment they met, they were joined at the hip...and lips. Now, that unshakable bond they have always reveled in is going to be put to the test. Nothing can break them apart, but that doesn’t mean outside forces won’t try, and they might be willing to kill to do it.

What listeners say about Ghostly Business

So surprising and lots of fun! As always sweet and crazy times! Love this series! Narration is so great!!

The last book wasn't so bad with narrative. However, the narrator once again, return to robotic talking. People don't speak as the way you are talking. Just be natural.

You can just keep writing for as long as you want to. Throughout all of your series you help us get to know new characters and fall in love with all of them. the stories are unique they are exciting to follow and listen to! I look forward to every single one of them don't stop now.

I've listen to all of them

I'm sad their no more you need to make one about the 2 weddings 😢.

I really liked this book!!! Love this series so very much!!! I really enjoy all of Amanda m. Lee!!!