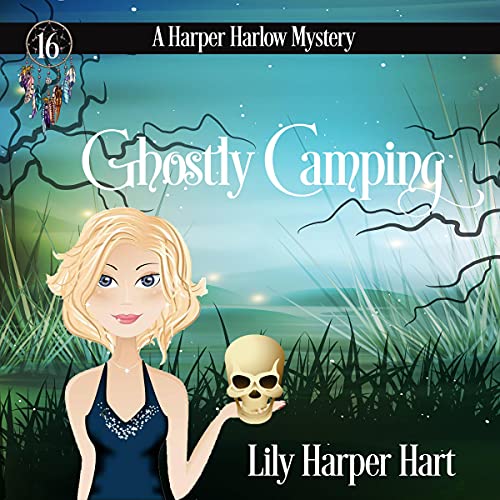 Harper Harlow’s romantic life is perfect, her wedding is in the works, and now she’s decided to enhance her business standing by attending a haunted campground opening. If she enjoys herself, publicly endorses it and the owner, then she’ll open up a brave new world.

Unfortunately for Harper, old ghosts die hard and a fresh murder taints what is supposed to be a quiet weekend.

Harper’s happy foursome - her fiancé Jared Monroe, her best friend Zander Pritchett, and his fiancé Shawn Donovan are all along for the ride - turns into a nightmare when the group must pretend to solve a fake murder while actively hunting clues regarding a real murder. On top of that, Harper and Zander don’t have as much fun “roughing it” as they thought they would...well, despite the s’mores.

Four urbanites go into the woods. Will any of them come out alive? It’s going to take everyone working together to solve an old mystery and ease the fresh hell that has emerged.

Get ready for adventure, because it’s going to be one heckuva trip, and there’s a big wedding right around the corner for those who survive.

What listeners say about Ghostly Camping

Even though I have read this book ... I really enjoyed listening to it. I read it long enough ago that I didn’t remember everything that was happening.

I love LHH and her silly paranormal tales are usually just what my brain needs to wind down after a long day- this one? I could barely get through it. The narrator is so bad I had to take breaks from her voice, and the story borders on being preachy, which irks me. I won’t waste another credit on any more of this series.

Harper’s ‘sidekick’ is such a funny diva. He should have his own series. 😊. Good narrator too.

Another great story in this series! Always a fun time and looking forward to the next one.

Ms hart and Ms Clark have done a fantastic job on this one and i loved every minute of it=) i just hope the wait for an upcoming ghostly wedding isn't Too long;)
💗💞💗