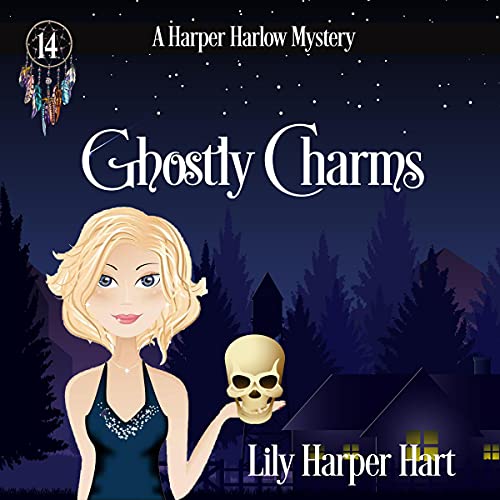 Harper Harlow thought the only thing she was going to have to worry about in the shadow of spring was planning her wedding. She was wrong.

A string of break-ins in Whisper Cove have caught the attention of the cops, including her fiancé Jared Monroe. Things take a turn for the worse when one of those break-ins results in the death of a local barber. It seems what was once written off as teenage hijinks is something else entirely.

In addition to the break-ins, Harper finds herself distracted by a new resident. He’s bringing an art gallery to town...as well as his troubled sister.

Rain Porter doesn’t want to be in Southeastern Michigan and she’s hiding a big secret. Harper is determined to help the girl until the young woman pushes the exact wrong buttons.

Things aren’t what they seem and the deeper Harper digs the more she worries that she doesn’t really want to find an answer. When a ghost from the other side of the state shows up and starts invading her dreams, things go from bad to worse.

Jared wants nothing more than to protect Harper, but there are some things he can’t fight...and a ghost is one of them.

It’s going to take everyone working together to find a way out of this one and even then survival is not a given. Jump on the ghost train with Harper, Jared, and Zander...because this one is going to be a wild ride.

What listeners say about Ghostly Charms

Even though I have read the books I can’t help but enjoy to listen to them.

Narrator has gotten a bit better. This made the story better. Continues to be a good storyline.

love these books everyone gets better an better I've spent over $25.00 getting them so I dont run out

this is a great series. I love the characters. i wish there was a little more Xander and Sean interaction but Xander is such a hoot.

ANOTHER GREAT BOOK IN THE SERIES. ALWAYS A GREAT TIME! HIGHLY RECOMMENDED, LOVE JARED AND HARPER!!

I really enjoy this series. I like the story, the characters , the narrator. Would definitely recommend to doctor someone who enjoys paranormal cozy mysteries