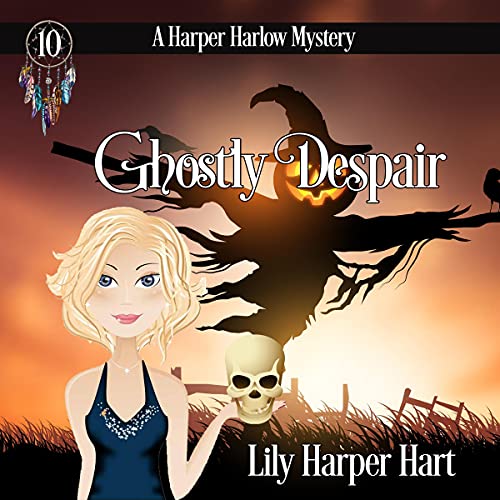 Almost six years ago, Harper Harlow’s boyfriend was involved in a car accident and walked away from the scene. Severely injured, law enforcement believed him dead and gave up looking.

It seems they were wrong.

Quinn Jackson is back...and he’s very much alive. His memory isn’t what it used to be, but he’s quickly putting things together. One of the first people he wants to see when his life comes roaring back is the woman he left behind.

Quinn doesn’t know what he wants, but Harper is very much taken. Although his death left her searching for answers and respite, she’s moved on. Her current boyfriend, Jared Monroe, is suspicious of Quinn’s return even though the man swears he’s only visiting for closure and nothing else.

Murder is on the menu, though, and when a grifter ends up dead, Quinn is one of Jared’s first suspects. Harper isn’t happy with her boyfriend’s reaction, but she’s willing to work with him.

Together, Harper and Jared have to solve the mysteries of the past and survive the present.

It’s going to be a long, hard slog, and there are no guarantees.

What listeners say about Ghostly Despair

WOW, THIS WAS A GREAT STORY!! SO MANY SURPRISES!! ZANDER WAS MUCH BETTER IN THIS ONE, MUCH MORE ENJOYABLE. LOVE THIS SERIES!