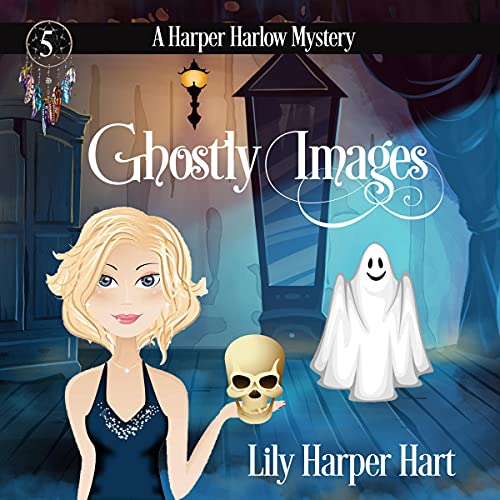 Harper Harlow has ghosts coming out of her ears (thankfully not literally). Suffice it to say she's got a lot on her plate, though. Between her regular jobs at Ghost Hunters, Inc. - and the secret her best friend Zander appears to be keeping - she has her hands full. Things only become more complicated when one of Whisper Cove's oldest residents comes knocking on the police department's door. It seems Annette Fleming decided to do some cleaning and while in the attic she found some photographs of a dead body, and she has no idea who the victim is or when she died. Jared Monroe is at a loss when it comes to the photos so he asks his girlfriend for help. Harper is only too happy to oblige - until the mystery they uncover starts spinning out of control. It's not just about who the victim is or why she was killed. It's about a tangled web of lies that spans decades and involves multiple people with convoluted motives. Despite the fact that the murder was committed decades before, Harper finds her future in jeopardy from an enemy she didn't see coming. If that's not enough, Zander's secret threatens to shake Harper to her very core...and the truth is something that might change their friendship forever. It's all hands on deck for another wacky ride. Whether everyone survives to enjoy the final stop is anybody's guess.

What listeners say about Ghostly Images

I think I will leave the series here

As this is the fifth time I listen to the same story (all the books in this series are very similar ) with a prodictable ending it did not surprise me, but this is the first book in the series that didn't make me laugh, for this reason I think I will leave this series at this point.