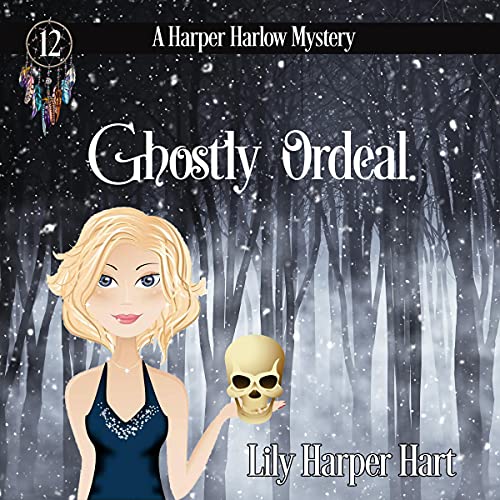 Harper Harlow has everything she wants.

She has a new house...a new fiancé...and some time off work because the stretch after the holidays is generally slow. All that changes when she gets a call from her mother during a storm.

Gloria Harlow has a lot of attitude and it’s on full display when Harper and her betrothed, Detective Jared Monroe, show up on the scene of a murder. Gloria’s boyfriend is dead...and the story she’s telling doesn’t exactly fit the scene.

Jared finds himself in a conundrum. He loves Harper more than life itself but her mother is a legitimate suspect...and he can’t ignore his duties and cover for a woman he’s never very much liked. His life is thrown into turmoil when Gloria decides to move in - she’s too traumatized to stay by herself, after all - and he and Harper start working on the case from different angles.

When you add in Harper’s salty best friend Zander, who is enjoying the show far too much, and her father, things start spiraling quickly.

Harper is determined to clear her mother - and get her out of the house before Jared explodes - and she wants to do it in record time. Unfortunately for her, the dead guy was known as a world-class jerk and the list of suspects is long and sundry.

The two sides are going to have to come together to solve this one...and even then, the final answer might tear their entire world apart.

What listeners say about Ghostly Ordeal

The ordeal was getting through the whiney voices of every character portrayed by the narrator. I really like this series, but I think the audio version may have ruined it for me. It was hard to sit through .

In this addition to the series, Harpers terrible mother was dating an even more terrible lawyer. She is suspected in the murder, which causes a riff between Harper and Jared. Harper blaming him for things beyond his control is getting a little old. To further everyone's stress, Harper's parents start hooking up, literally the day after the death, while at Harper and Jared's new house.

I won't be purchasing anymore books from this narrator

Had a bad day. Grab this book audio or visual a nice way to let the day disappear. Fun characters and the plots are always lighthearted and intriguing. Never have to worry about being depressed while reading this book. Lily Harper Hart does a great job of keeping the series new and inviting with each new title.

As always, fun and mysterious. Suspenseful and hilarious. Love Angel Clark and the way she makes the story so much fun!

loved it. i always love these books and characters. Fun and entertaining as always. i also like the narrator

While this was not my favorite of the series, it’s still a good read/listen. I wish there were more Zander and more ghost adventures. Carl was an annoying and obnoxious ghost character. I’d like to know more about the wrangling of the ghost of the mother-in-law. Gloria and Harper whined so much in the audio version. I’d get tired of the whining and read a bit for a break.

This is a wonderful, funny series. The scenes where Harper walks in on her parents in bed were so hilarious that I listened 3 times.

I love how things twist just ever so slightly to give a different than expected ending. Also cannot wait until the next one the set up leaves us anxiously awaiting the next book.

these books are never long enough!

i want more! im super excited to see what happens when they all meet up with rowan and quinn tho! i have a feeling it'll be something=}