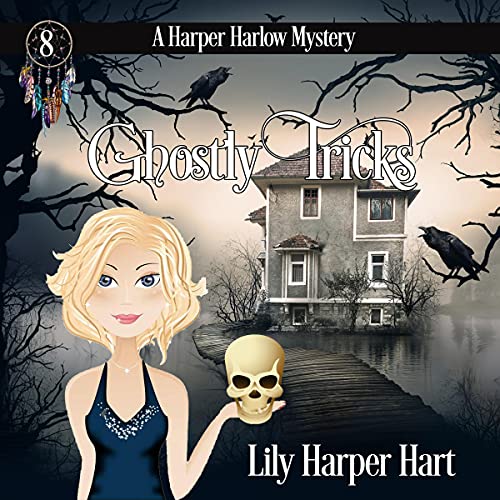 It’s the most magical time of the year... for Harper and Zander, that is. Not Christmas, mind you, but Halloween.

That’s right, Whisper Cove’s favorite ghost-hunting duo are decking out their house for their favorite holiday - and they’re only mildly fighting while doing it. All that comes to a screeching halt when Harper notices her neighbor acting odd and realizes he’s dead... leaving nothing but a cranky ghost and a lot of questions behind.

Henry Spencer wasn’t well liked (to say the least), and Harper is convinced he was murdered while her boyfriend, Jared, who happens to be the police officer investigating the incident, is leaning toward natural causes. Unfortunately for Harper, Henry seems confused and can’t answer the obvious questions when it comes to his death.

In quick succession, Harper realizes not only is she right, but Henry might be underselling the danger. She’s in trouble... again... and Jared has no idea how to get her out of it.

Between cantankerous ghosts, endless suspects, and a teenage granddaughter who seems like a viable suspect despite her age, Harper has her hands full. She needs to solve the case, save the day, and put Henry to rest... and she needs to do it before the Halloween season kicks into overdrive.

It’s all out mayhem for Harper and Zander, and the only thing they’re truly focused on is getting out alive.

What listeners say about Ghostly Tricks

Characters are too aggressive

The story line is good, but simple. Where this falls apart is where all of the books in this series fall apart. The main duo are shrill and aggressive and the leading man is overbearing.

ANOTHER FUN BOOK IN THE SERIES. ZANDER DRIVING EVERYONE CRAZY, A LOT!! SURPRISES THAT ARE UNEXPECTED!

Love all the characters. They balance each other out. Quirky, snarky and fun. keep em coming.