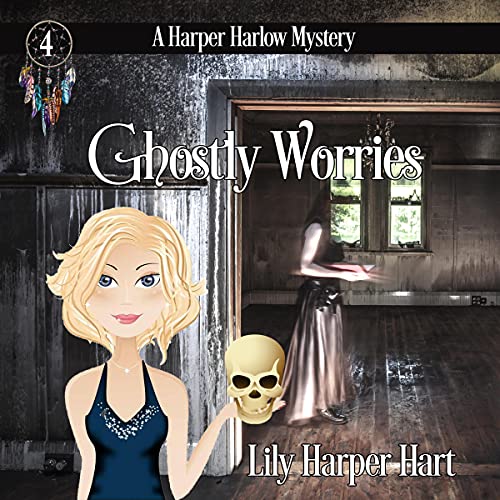 Whisper Cove is stuck in a heat wave, although it's nothing compared to the fire stoking between Harper Harlow and Jared Monroe. They're happy and enjoying themselves...until a face from the past resurfaces.

Jason Thurman and Harper had a brief fling in high school, and when he returns to town to open a restaurant he's hoping they can revisit their relationship as adults. Harper has no interest other than friendship in the amiable man, but he seems determined despite her protests.

When a body drops at his restaurant, Harper finds herself in a unique situation. The deceased woman died horribly, but she's completely unlikeable and helping her is harder than Harper ever envisioned - mostly because she's keeping secrets from the only people who can solve her murder.

Between Jason's unwanted attention, a brewing fight with Zander, and an enemy no one can pin down, Harper has her hands full. Jared is by her side, but jealousy is getting the better of him even as he fights to do right by his blonde.

When the end comes, will Jared be too distracted to realize who the enemy really is? Will Harper's insistence on believing Jason is innocent be her ultimate downfall?

Only time will tell...and the clock is ticking.

What listeners say about Ghostly Worries

This was among the stories the most exasperating book. The constant rants of Zander were way too much and too often.

not much ghost in this one. only seeing her one time. but still good.