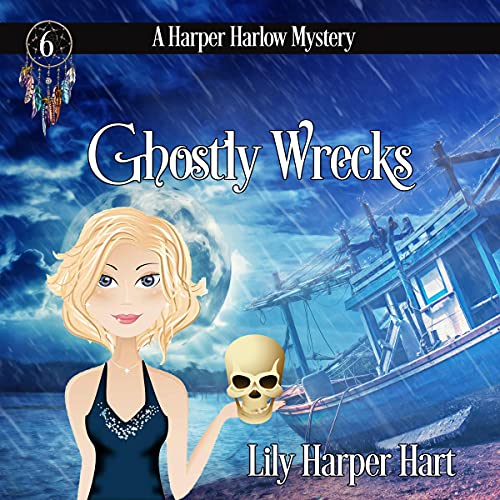 The dog days of summer are here and the heat isn't the only thing oppressing the populace in Whisper Cove. No, it seems that feelings - the big "L" word, to be exact - are weighing heavily on Harper Harlow and Jared Monroe. Both halves of Whisper Cove's favorite couple are both desperate and terrified to say it.

Personal issues are hastily shoved aside when a boat slams into the beach during a violent storm and Jared and Harper are on hand to help the injured mother and father, as well as their confused daughter, Hayley. Harper and Hayley instantly bond and when the girl admits to hearing voices on the deck before the boat mishap, the event turns from an accidental tragedy to something more nefarious.

During her conversations with the traumatized child, Harper starts to suspect that something paranormal visited the boat the night of the wreck. She believes a legendary Whisper Cove ghost - one she's never had the privilege of seeing herself - bore witness to the truth.

Harper is determined to find out what caused the boat crash - and exactly who is threatening young Hayley's future - and she's taking the entire motley crew with her for what she's certain will be a bumpy ride.

For his part, Jared is doing his best to hold things together and maintain order, but when Harper puts herself in danger without worrying about the ramifications he knows it's time to put his foot down.

Hold on for adventure, because Harper and Jared about to track down a ghost from the past in hopes of securing one girl's present and future. Along the way they might put their own destiny in danger when a killer sets his sights on Harper - and Jared is determined to risk everything - including himself - to protect her.

What listeners say about Ghostly Wrecks

Another great installment of Harper Harlow

I adore this series it is just the right amount of humor, mystery and supernatural to keep me wanting more. Zander and Harper had me laughing through out the book and I am excited to listen to the next book soon!