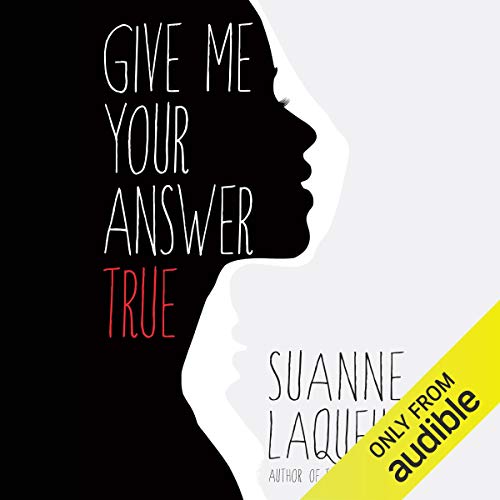 Give Me Your Answer True

Suanne Laqueur's award-winning debut novel The Man I Love thrilled listeners with its memorable characters and depth of emotion. Erik Fiskare's journey of love, recovery, and forgiveness captivated hearts but also left questions unanswered. Now Daisy Bianco has a chance to tell her story. It's been three years since a single lapse of judgment cost Daisy the love of her life. Erik was a conduit to her soul but now he's chosen a path of total disconnection, refusing to speak to her or acknowledge her betrayal. Alone and shattered, Daisy attempts to take responsibility for her actions while building her career as a professional dancer in New York City. But Erik's unforgiving estrangement proves too much for her strength. Plagued by flashbacks to the Lancaster shootings, she falls into a dangerous spiral of self-harm, cutting into her own skin as a means to atone. Only the timely appearance of an old friend, John "Opie" Quillis, saves her from self-destruction and gives her a chance to love again.

Laqueur skillfully weaves flashbacks to the college years with Daisy's present life. Supported by John's patient affection, she works to separate her evolution as an adult from the unresolved guilt and grief of her youth. As her professional accomplishments lift her out of depression, Daisy learns to hold onto her accountability without letting it become her identity. Years pass and she builds a beautiful life filled with dance and friends. Lovers come and eventually go, leaving her on her own with the old thought: come back to me. In this parallel narrative, Laqueur peels open the beloved characters from The Man I Love to reveal new and complex layers of vulnerability. The scars from the shooting are deep and pervasive within this circle of friends. Like Daisy, they are trying to evolve without being fully resolved. But when questions from the past go unheeded, you alone must find and give your answers true.

I had started reading this book, with my own eyes, but found that too difficult (because I knew a bit about what was coming). Listening to the audiobook helped me to push past the tough spots so I could experience the story from Daisy's perspective and it was so worth it. I definitely recommend this audiobook.

Bravo and any other similar synonyms

I can't seem to get enough of this book and this series. I've purchased each book and audiobook of the series. I listen to it or read it while commuting to and from work, running on the treadmill, resting, during lunch hours, on the weekends, anytime I can. I almost know it by heart, yet every single time I learn something new about any of the incredible characters. Even though your heart does not want either Daisy or Erik to have any other lover or love interest, you can't help but want them to have the closeness with another human. Such an awesome narration, or rather an immersion into the myriad of each character, making you feel, just not only know, each character. I cannot recommend this series more strongly or urgently.

some of the most thoughtful and deep writing

Where does Give Me Your Answer True rank among all the audiobooks you’ve listened to so far?

This is a great book..great series

so many..Wells speech at the wedding