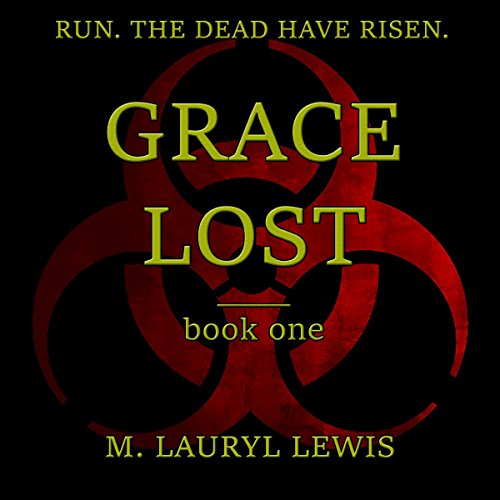 Zoe's been on her own since she was a teenager, when tragedy took her family. Living in a remote small town, she withdrew from society. Her longtime friend, Adam Boggs, left her even more broken when he left for college and cut off communication. When he's back in town for a visit, they attempt to reconcile. The next morning brings an end to life as they knew it.

Fleeing for safety, they soon cross paths with other survivors. It doesn't take long until they realize that the dead are not the only things to fear. While the world is taken over by the dead, Zoe and Boggs are brought together in a heated romance that neither expect. Things get even more complicated when Zoe finds herself cursed with a mental link to the dead. Their lives become all about surviving, coping, and loving each other.

What listeners say about Grace Lost

Could have been an interesting "zombie" story, if not for the human characters.
Unique spin on the undead, but that was overshadowed by the patronizing men and whiny helpless females.

Not much zombieaction for a zombie book, to long and to many lovesceenes, manly men and helpless women and to top it of, smart and thinking zombies.

I felt that this book could have been a whole lot better.The men are very patronizing.The females are timid and unlikable.The narration went from whispers to yelling.The men yelling at the girls mostly.I really didn't care for it.Narration by Angel Clark was ok,aside from the yelling.I was given this book by the narrator,author or publisher free for an honest review.

The only character I found to be extremely annoying was Zoe she seemed more like a 14-year-old than someone in her 20s I felt that she was immature,whiny and self-centered. The crying and whining all the time was extremely annoying especially in a zombie apocalypse story where
people need to be strong and tough. She for me ruined what I think could've been a good story. Not sure yet if I want to read the other four books although I would like to know what happens to the other characters.

Story? Decent. Narrator? Not so much

If you've ever wanted to hear a story read with absolutely no emotion look no further. As far as the story, it's about what I expected. Group of people trying to survive the apocalypse, but the narrator is horrible. Kind of reminds you of an automated 'robot' reader.

I loved this so much!
I couldn’t get these characters out of my head. I think that speaks volumes for the writer & the narrator.
All of the changes caters are well fleshed out. You really care for their well being and survival. I can’t wait to start book 2 and I am hoping that since there is a narrator change that she will do the series justice and be as good as Angel Clark is.

I was voluntarily provided this review copy at no charge by the author, publisher and or narrator.

This is a great series. It's another Zombie series, but it's different than other zombie books. The narrator did an amazing job with bringing the characters and story line to live.

An OK start of a Zombie series

So, all in all, this book was ok. It has an interesting take on the zombie apocalypse genre, and is narrated well. My beef with the book is that the male and female characters are pretty stereotypical. The men are misogynistic and the women are mostly whiny. Some are even pathetic, which takes away from the experience, to me. I'll continue the series, but I sure hope it gets better.

Not your typical zombie story

The intermingling of zombie fiction and real-life feelings make this book the prize that it is. Joined with Angel Clark's steady voice, listeners are taken away by this thrilling tale of life in turmoil.