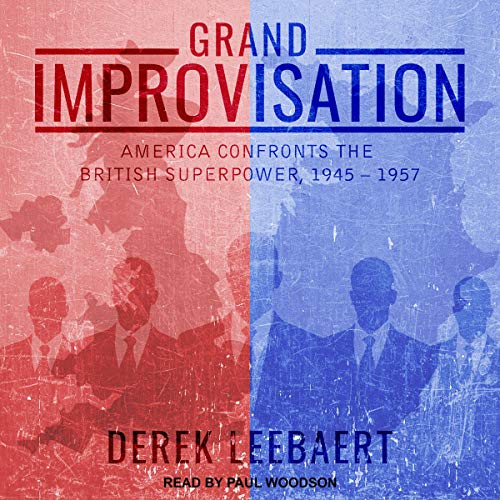 A new understanding of the post-World War II era, showing what occurred when the British Empire wouldn't step aside for the rising American superpower - with global insights for today.

An enduring myth of the 20th century is that the US rapidly became a superpower in the years after World War II, when the British Empire - the greatest in history - was too wounded to maintain a global presence. In fact, Derek Leebaert argues in Grand Improvisation, the idea that a traditionally insular US suddenly transformed itself into the leader of the free world is illusory, as is the notion that the British colossus was compelled to retreat. The US and the UK had a dozen abrasive years until Washington issued a "declaration of independence" from British influence. Only then did America explicitly assume leadership of the world order just taking shape.

Understanding all of this properly is vital to understanding the rise and fall of superpowers, why we're now skeptical of commitments overseas, how the Middle East plunged into disorder, why Europe is fracturing, what China intends - and the ongoing perils to the US world role.

What listeners say about Grand Improvisation

Well Researched but Mediocre Writing (and oh so smug)

An interesting point of view solidly supported. The book could have been great with a more cohesive telling of the story and numbers to explain the economics. What brings it down to a “3” is the incessant self congratulation for telling a “story never told before.” The author puts up strawman after strawman to prove his brilliant originality. The continual attacks on anything George Keenan ever did are tiresome and a distraction.

I may be underrating the performance. The smug delivery did seem to reflect the writing!