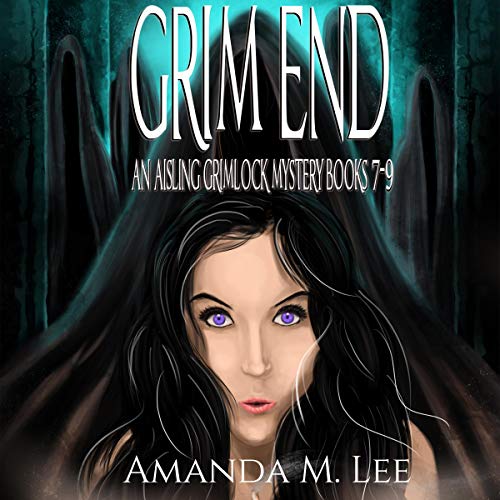 Aisling Grimlock has been through more than most reapers can bear...and still she’s standing.

Her mother is back from the dead but Aisling isn’t convinced she’s worthy of being accepted back in the family. Unfortunately, Lily Grimlock isn’t always her daughter’s biggest. Often her brothers take over...and her father...and her boyfriend...and her best friend...oh, and an impending wedding. In addition to all that, she also has to take on magical storms and possible zombies (even though no one believes the dead are really rising).

Aisling may be spoiled, but she’s a fighter to the core. She won’t give up until every question is answered...and that’s where things are heading as her wedding approaches and her mother’s ultimate fate is finally sealed.

Love this series despite narration

Although the narrator has an extremely irritating nasal tone that gets far worse when voicing additional characters, I enjoyed this series.

this is an awesome series. I hated to see it end. definitely worth the credit. there is always something going on w/o a lot of filler in between, and lots of snarkiness 😄

Good stories, not so good narrator

The stories are good and I like the family dynamic between the Crimlocks, they can be very relatable at times. The narrator is almost unbearable. After I finish this set I purchased I may switch to reading the books instead of audio versions.

I really start suggest starting from the beginning I’m working your way through all of this series. The characters are fun, the crossovers are awesome, and every time I finish a series I realize I will miss hearing about all of the characters again.

great stories, great characters. loved it. narration is monotone but you get used to it. otherwise loved it.

Even though I had read the full series listening to it was so good. The voices matched what was in my head and I really enjoyed it again.

I have really enjoyed these books. Coming from a big family and all the antics we went through made it all come back in these books. Clever and funny. Please work on some more! I’ll definitely be looking forward to them.

I loved this series! The ending was perfect. The narration is excellent! The author did an excellent job with the character builds and plot. I love this author's style of writing and look forward to reading more of her books. I was given this free review copy audiobook at my request and have voluntarily left this review.