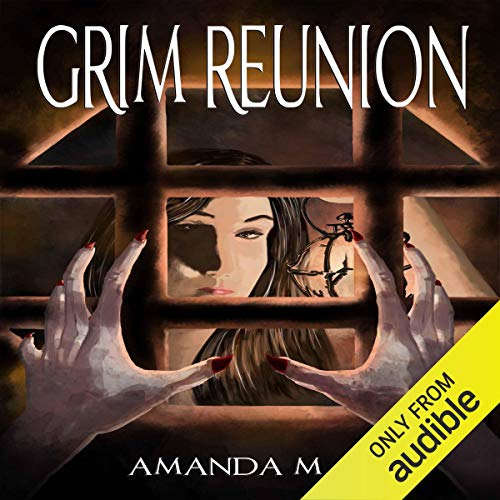 Aisling Grimlock has a lot going on.

Her boyfriend is keeping a secret with her brother. She's finally on her own collecting souls for the family reaping business. Oh, and her mother is back from the dead and may be eating people to keep herself alive.

When trouble comes knocking and someone Aisling adores is left injured in the crossfire, she's out for blood and vengeance. Her brothers want to believe their mother is telling the truth - and part of Aisling does, too - but protecting those she loves is more important than buried memories.

Griffin vows to stand by Aisling, but he's out of his element and worried the weight of the world may drag her down. He fears he doesn't have the strength to stop it.

Aisling wants the truth, and she's willing to fight to get it. Sometimes a good lie is better than a bad truth, though, and Aisling might not like what she finds at the end of memory lane.

The final fight is between good and evil, but who will end up on what side?

What listeners say about Grim Reunion

Better than the last

Each book I have read in this series has been better than the one before it. I can't wait to see what Amanda Lee has planned for the next book.

Good series but the narrator voice is kind a dragging so the longer i listen i wish she spoke a bit faster...

great for the younger reader.

Slow and predictable for older readers. I would choose it for my 15yo nephew even though the main character is 25yo.

I want to be adopted by dad Grimlock

My review is bias because I really love this series. First do not read this out of sequence. Since you have read the series you know what to expect from the Grimlocks – Loyalty, Love and Laughter. Mr. Grimlocks gets time to flex his muscles in the installment. He admits that Aislings does rap him around his fingers and then tells the boys to lock mom in the dungeon. He does not miss a beat. His purpose is to keep the evils from destroying his family, enjoying the love of his kids while bemoaning that he had five kids. Sorry six kids. Do not forget about Jerry. He gets a little more face time too. I love him.

There are a few good family moments. Aislings continues to kill wraiths, she has the most kills, whines, and kick butt. In addition to staying alive, she redefines her relationship with Jerry and Griffin. Again I wish I belonged to this family. Hey! They have a complete third floor that we just get to see.

Well written and entertaining! You can't go wrong with The Grimlock's. I look forward to the next book! the narrator was very good. she brings the characters to life.

I love The Grimlocks! So entertaining, intense, silly and most of all, loving. Love is the one thread of steel, that keeps The Grimlocks interesting. There are all kinds of dysfunctional families but unfortunately not all of them are loving ones. The Grimlocks are the most functional, dysfunctional loving family ever❤️❗️

Brace yourself for a laugh fest

Main characters are funny, story keeps you coming back for the next book in the series.

I've got to get the next book, she writes so good can't wait love it

another great book in this series

Great characters and a good storyline. I just love Aisling and her brothers as well as her best friend, “Audible 20 Review Sweepstakes Entry”

This book witty, comically funny with suspense thrown in. The series is a fabulous read.