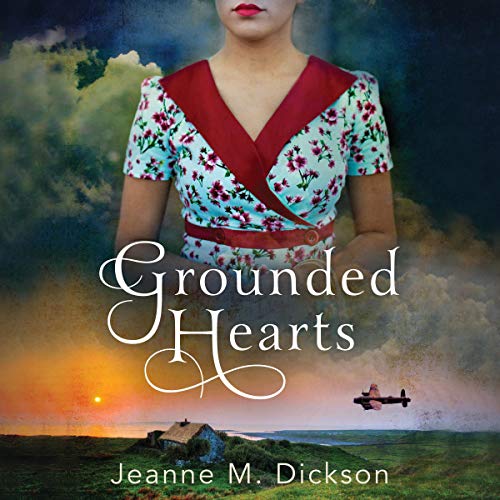 In the midst of World War II, Ireland has declared herself neutral. Troops found on Irish soil must be reported and interned, no matter which side they are fighting for. When midwife Nan O'Neil finds a wounded young Canadian pilot at her door, she knows she's taking a huge risk by letting him in. Not only is she a widow living alone, but if caught harboring a combatant, she'll face imprisonment.

Still, something compels Nan to take in "flyboy" Dutch Whitney, an RAF pilot whose bomber has just crashed over County Clare. While she tends to his wounds and gives him a secret place of refuge, the two begin to form a mutual affection - and an unbreakable bond.

But Nan has another secret, one that has racked her with guilt since her husband's death and made her question ever loving again. As Nan and Dutch plan his escape, can he help restore her faith?

What listeners say about Grounded Hearts

I really enjoyed this book. It is set in Ireland in World War II. The author does a fabulous job at developing the characters. You get the feel for what it would be like to live in a small Irish village. There are numerous characters but they are all so clearly defined that you can easily follow their individual stories seamlessly. It was an interesting story as well as enjoyable- I learned a lot. The narrator is simply fabulous. I’m really hoping there will be a sequel!

Another WWII novel that is a bit different. It is set in southern Ireland which had declared itself neutral and interned any armed forces found on their soil - German and British. The war is some distance issue for the citizens, though rationing of food and petrol is occurring. So it isn't like other war stories though there is an RAF pilot who wants to get back to his unit in England. It is more of a sweet romance. The characters were likable. I really liked the narrator. The Irish accent helped remind me where the story is set without being distracting or difficult to understand.

Excellent tale of war from a different angle. It also showed the war between women and the Catholic church. Educational as well as entertaining.

The story started a bit slow, but I stuck with it and was not disappointed. I enjoyed the storyline as well as the characters. I both read and listened to this book through the Kindle Unlimited program.

Alana Kerr Collins did an excellent job narrating. She has an soothing voice that made it easy to listen to the story. She brought it to life.

I really liked this story. The author really made the characters real. The story itself was intriguing and at times keeping me in suspense. The narrator did a lovely job. I received a complimentary copy with no obligation to review.

This was a sweet and tender love story. I like how the story had a Christian aspect.