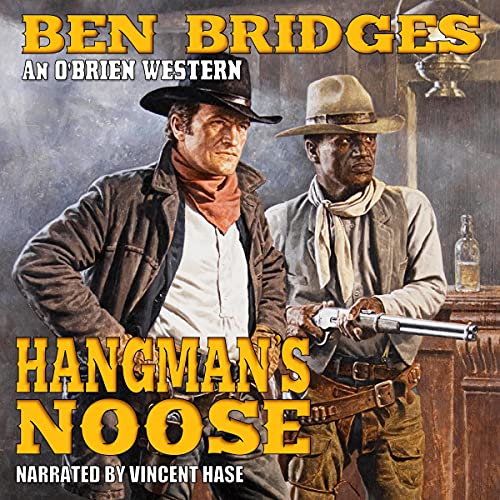 Written by: Ben Bridges
Narrated by: Vincent Hase
Try for $0.00

Freelance fighting man Carter O’Brien had 5,000 reasons to go after the notorious Timberlake brothers. Each was a dollar bill.

But there was more to it that just the reward money. Isaac Parker, the "Hanging Judge" himself, had asked O’Brien to track down the murderous outlaws. If he didn’t get them before they got the judge, Parker would wind up handing from his own gallows.

So O’Brien rode west into Indian Territory, a vast and lawless land that was home to more than one owlhoot gang, and before long he was swapping lead with a man who wanted him dead, and whiskey with a lady desperado called Belle Starr.

Waiting for him at the end of the twisted Timberlake trail was a final bloody showdown that could only end in death...and an unexpected surprise that could very well prove fatal.

What listeners say about Hangman's Noose