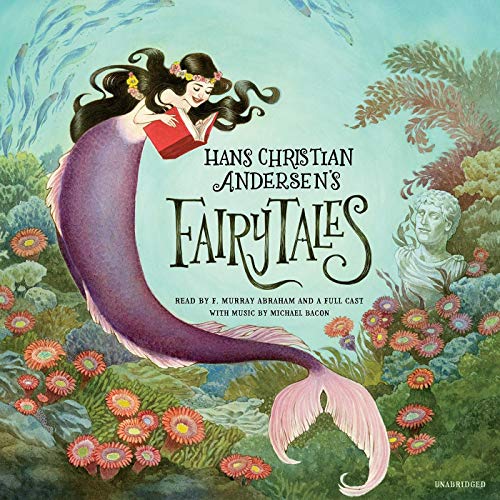 Brought to life by Academy Award®-winning actor F. Murray Abraham and an ensemble cast of narrators, and featuring original music by Michael Bacon, this collection contains Hans Christian Andersen’s most beloved fairy tales, as well as a selection of lesser-known favorites.

Unlike the Brothers Grimm, who collected and retold folklore and fairy tales, Hans Christian Andersen adopted the most ancient literary forms and distilled them into a genre that was uniquely his own. His fairy tales are remarkable for their sense of fantasy, power of description, and vivid imagination. They are like no others written before or since.

Recognizing the literary merit of Andersen's own simple colloquial language, Erik Haugaard has remained faithful to the original text in the translation from Danish to English. Listeners will rediscover Hans Christian Andersen's best-known fairy tales, and find new favorites.

I have been listening to these with my 5 year-old daughter and I'm not sure who loves them more. The stories have beauty, truth, heartbreak, pain, devotion, perseverance and triumph. The pain that Elisa and The Little Mermaid endured brought tears to my eyes. The performance was well done. The use of different voices probably held my daughter's attention for longer than a single narrator would have.

I did not care for this reading. The script included the use of taking God's name in vain or casually. maybe this won't matter to some. but this is not how I teach my children to speak

This reader is amazing.

I love these stories more than my kids do. The reader is amazing with every single story !