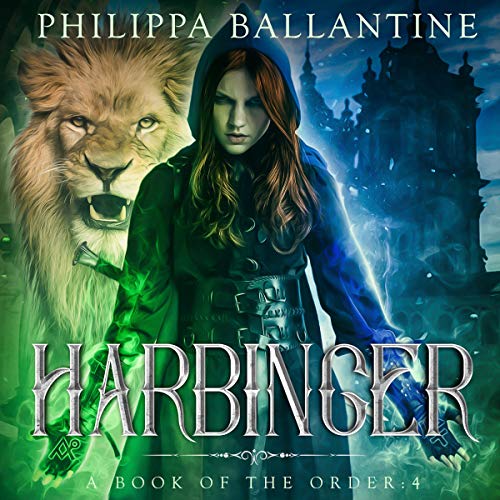 The Deacons of the Order are all that stand between the wicked spirits of the other side and the innocent citizens of the Empire. They are sworn to protect humanity, even when they cannot protect themselves.

After the Razing of the Order, Sorcha Faris, one of the most powerful Deacons, is struggling to regain control of the runes she once wielded. The Deacons are needed more desperately than ever. The barrier between the world of the living and the world of the dead is weakening, and the Emperor has abandoned his throne, seeking to destroy those he feels have betrayed him.

Though she is haunted by the terrible truth of her past, Sorcha must lead the charge against the gathering hordes of geists seeking to cross into the Empire. But to do so, she will need to manipulate powers beyond her understanding - powers that may prove to be her undoing.

What listeners say about Harbinger