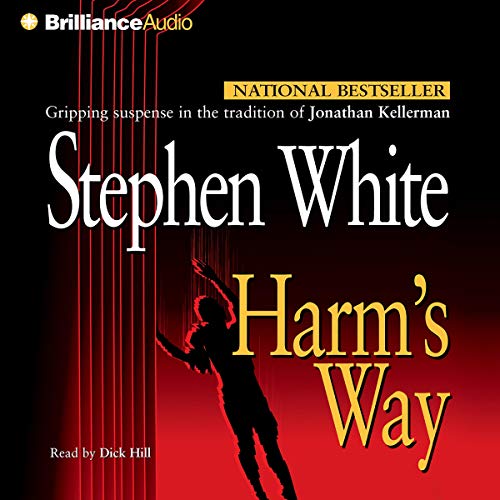 Written by: Stephen White
Narrated by: Dick Hill
Try for $0.00

When Dr. Alan Gregory's good friend Peter Arvin is found bloody and dying on the stage of a Colorado theater, suspicion soars that he has become the second victim of a killer whose first prey was discovered amid the elaborate scenery of the road company's production of the Broadway show Miss Saigon.

Alan is immediately asked to respond to two pleas for help: one from the police, who would like a psychological profile of the murderer, and one from Peter's widow, who is desperate to know the meaning of her dead husband's secrets.

As Alan struggles to cope with the complexities of his new marriage and the shattering personal consequences of his friend's murder, provocative clues lead him down a trail that winds from the Front Range of the Rockies to the casinos of the Colorado high country and finally to the grandeur outside Jackson Hole, Wyoming.

His journey takes him deep into Peter's past and inevitably toward the discovery of harrowing truths about the human heart - about the struggle for survival and the quest for forgiveness - that seem always just out of his reach, obscured by the smoke of a long-forgotten fire.

What listeners say about Harm's Way

I love Stephen White's book and wasn't disappointed in this one. I would recommend this book/