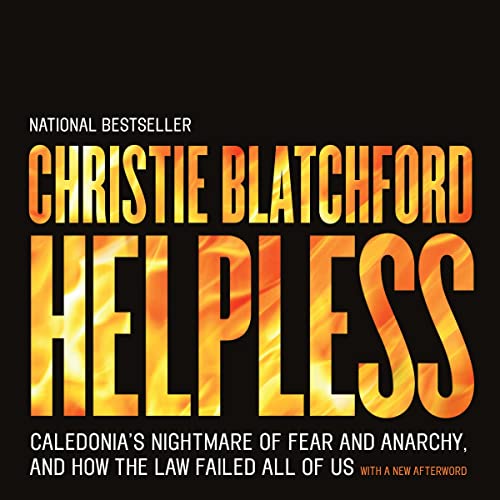 Written by: Christie Blatchford
Narrated by: Kathleen Gati
Try for $0.00

It officially began on February 28, 2006, when a handful of protesters from the nearby Six Nations reserve walked onto Douglas Creek Estates, then a residential subdivision under construction, and blocked workers from entering.

Over the course of the spring and summer of that first year, the criminal actions of the occupiers included throwing a vehicle over an overpass, the burning down of a hydro transformer which caused a three-day blackout, the torching of a bridge and the hijacking of a police vehicle. During the very worst period, ordinary residents living near the site had to pass through native barricades, show native-issued "passports", and were occasionally threatened with body searches and routinely subjected to threats. Much of this lawless conduct occurred under the noses of the Ontario Provincial Police, who, often against their own best instincts, stood by and watched: They too had been intimidated. Arrests, where they were made, weren't made contemporaneously, but weeks or monthlater. The result was to embolden the occupiers and render non-native citizens vulnerable and afraid.

Eighteen months after the occupation began, a home builder named Sam Gualtieri, working on the house he was giving his daughter as a wedding present, was attacked by protesters and beaten so badly he will never fully recover from his injuries. The occupation lasted several years. Throughout, Christie Blatchford had been observing, interviewing, and investigating with the tenacity that has made her both the doyen of Canadian crime reporters and a social commentator beloved for her uncompromising sense of right and wrong.

In Helpless, she tells the full story for the first time - a story that no part of the press or media in Canada has been prepared to tackle with the unflinching objectivity that Christie Blatchford displays in every chapter. This is a book whose many revelations, never before reported, will shock and appall. But the last word should go to the author:

"This book is not about aboriginal land claims. The book is not about the wholesale removal of seven generations of indigenous youngsters from their reserves and families - this was by dint of federal government policy - or the abuse dished out to many of them at the residential schools into which they were arbitrarily placed or the devastating effects that haunt so many today. This book is not about the dubious merits of the reserve system which may better serve those who wish to see native people fail than those who want desperately for them to succeed. I do not in any way make light of these issues, and they are one way or another in the background of everything that occurred in Caledonia.

"What Helpless is about is the failure of government to govern and to protect all its citizens equally."

What listeners say about Helpless