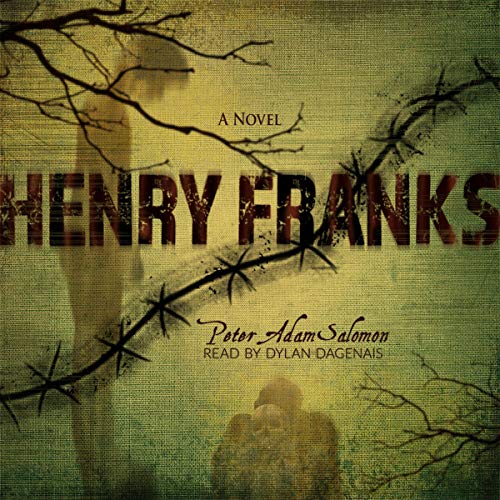 A dark, psychological thriller about a boy's search for himself.

Exactly 4317 stitches, his father had told him once. All the king's horses and all the king's men had put Henry Franks back together again.

One year ago, a terrible accident robbed Henry Franks of his mother and his memories. The past 16 years have vanished. All Henry has now are scars and a distant father - the only one who can tell Henry who he is.

If only he could trust his father.

While a serial killer stalks their small Georgia town, Henry unearths the bitter truth behind his mother's death and the terrifying secrets of his own dark past.

Sometimes, the only thing worse than forgetting is remembering.

What listeners say about Henry Franks

Henry Franks by Peter Adam Salomon was a decent listen. It didn't keep me gripped to the edge of my seat and it was fairly easy to figure out where it was going early on, but it was decently entertaining. I know. I already said decent twice in this review. I don't have a better word for it, to be honest. It wasn't bad, it wasn't great...everything about the book was decent. The author did craft a unique story loosely based around Frankenstein and I enjoyed it revolving around the mystery of Henry's family. If this is a book that sounds like a good listen, then I'd say go for it! I think I just wish that it kept my attention a bit more, but overall, it's...decent.

I'm guessing that you can guess what I'm going to say about the narration too. It wasn't outstanding, it wasn't anywhere near the worst that I've hears as well. The audio recording quality was good. I was voluntarily provided this free review copy audiobook by the author, narrator, or publisher for an honest review. Did you find this review helpful? If so, would you please take a moment and select the 'helpful' button below? Thanks so much!

So many have called this an "odd" book and although a don't completely disagree, I would call it greatly unique. The book starts very vague and although you know what is happening, you don't really know what's going on... And you know it! That's what makes this the page-turner it was (although I listened to the audiobook) and what brought this read to the next level. The story was wildly interesting and the dialogue was spot-on! I do wish I read this book - I regret listening to the audiobook only because the narrator and I did not meld well until I went with 1.5x speed, and even then I never really loved the narration. I will say one more thing - a single word actually... Unexpected!

[Thank you Peter Adam Salomon for the free audiobook]