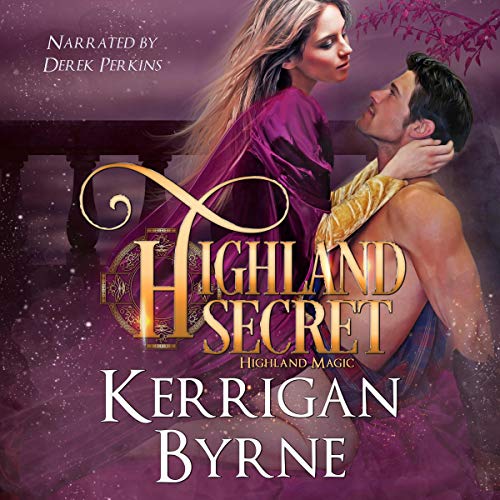 Written by: Kerrigan Byrne
Narrated by: Derek Perkins
Try for $0.00

Roderick MacLauchlan is death for hire. Blessed by an ancient deity with Berserker rage, he has the strength of ten men. Cursed by a malicious enemy, he's incapable of speech. A desperate clan war rages around him and a malevolent adversary lurks in the darkness, calling for blood.

Evelyn Woodhouse is an English refugee with a dangerous secret. She has the ability to see the outcome of tomorrow's battle and knows they're on the wrong side of it.

When a doomed and silent mercenary rescues her from a fate worse than death, it seems he has his own plans for her. This is his last night alive, and she's never been able to defy destiny.

Join Clan MacLauchlan Berserkers as they each find a love that will be worth defying the forces of evil and risking their souls to save our world.

Whether she’s writing about Celtic Druids, Victorian bad boys, or brash Irish FBI Agents, Kerrigan Byrne uses her borderline-obsessive passion for history, her extensive Celtic ancestry, and her love of Shakespeare in every book.

What listeners say about Highland Secret