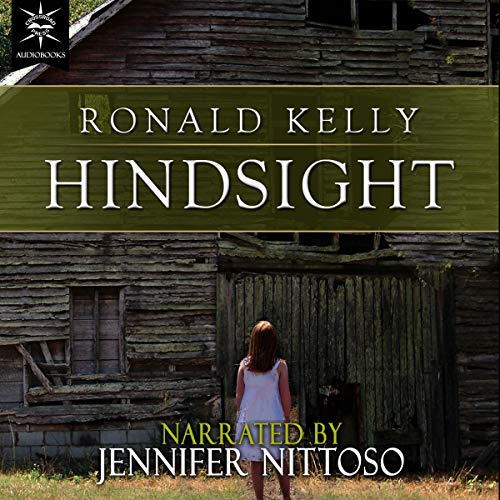 Written by: Ronald Kelly
Narrated by: Jennifer Nittoso
Try for $0.00

Little Cindy Ann knew things no one else knew and saw things no one else saw. Ever since she'd nearly died of fever, the gift of second sight had been hers. Only, it didn't seem like such a gift when the other children called her a witch and wouldn't play with her. Or, when her visions resembled nothing so much as her worst nightmares.

Then, her older brother disappeared in the vicinity of the old tobacco barn. And Cindy's visions began to burn with a bloodthirsty relentless hatred. What horrors lay buried in the cold earth of the barn? And how could one innocent little girl hope to fight the terrifying evil - an evil that had taken her brother and that would now turn on the only witness to its monstrous, merciless crimes: Cindy herself.

What listeners say about Hindsight

This may be my favorite Kelly novel!

“Hindsight” by Ronald Kelly is a coming-of-age, paranormal thriller that centers on a little girl with psychic abilities.

This is the first non-horror story that I’ve read from this author, and guess what; this may be the best one yet. His writing is the kind that gives the phrase “it felt like going home, again” its meaning. It’s writing the way writing used to be.

The narration is absolutely perfect, in this one. The reader has a delightful accent that helps bring out the story's Southern flavor. Her voice has a little bit of a story-book quality that perfectly suits the main character’s persona. Excellent choice!