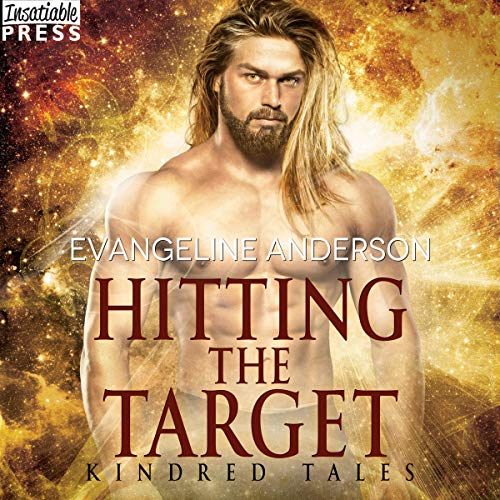 Written by: Evangeline Anderson
Narrated by: Mackenzie Cartwright
Try for $0.00

A girl sent to kill the one she is dreaming of...
Her target? A Kindred warrior with a beast inside...
Can Mia complete her mission?
Or is Trey Hitting the Target when he aims for her heart?

Ormyu Five is the world divided in two
To the north, a police state ruled by the heavy hand of The EYE, which spies on its people constantly and keeps iron control over their lives.

To the south lies Bountiful, a country of free thinkers bustling with trade and blessed with balmy weather. But those from the Northern Block never get to experience its temperate climate for the two halves of Ormyu Five are divided by an impenetrable wall of blue energy called the Great Barrier.

Mia lives in the North and can’t remember a time when she wasn’t looking over her shoulder. Everyone spies on everyone else and reports to The Eye. It is a land of paranoia - a place of constant fear. Even Mia herself has been forced into the ranks of informants - she works as a nurse but also as a covert agent, reporting weekly to her Commandant in The EYE’s headquarters for new assignments. Imagine her surprise and dismay when she recognizes her new target - a huge male with a mane of golden brown hair and pale piercing eyes - as the one she has been dreaming of for months.

Treygar is a rare Lei’on Kindred which means he keeps a hungry beast locked within himself. He came to Ormyu Five with his people, looking for a new genetic trade on the strangely divided planet. What he doesn’t expect is to start dream sharing with one of the inhabitants of the backwards world but that is exactly what happens. He wants to go and find the mysterious, curvy little female but before he can, he runs into her at the transport station.

Mia is scared to death of the huge Kindred warrior. She’s been dreaming of him for months but she assumed It was just that - a dream. Even worse, he is the target she had been sent to the South to track…and possibly to kill. Can she keep herself from falling for Trey and complete her mission? Or is the big Kindred aiming for her heart, Hitting the Target?

What listeners say about Hitting the Target

I love the kindred stories by Evangeline Anderson. I’ve read most of her books but am most fond of her kindred brides series. Always deliciously satisfying.

I truly love all the books I have read especially the ones that have some big issues resolved like hitting the target book. I hope to read in a book you've written about yonnie 6 getting their due soon. I appreciated the book before this one that also had great issues resolved against women being abused and mutilated. I like reading those books not all books can resolve an issue in 1 but it's great to see some of them come to A resolution. I pray the Goddess will come to resolve the genetic issues of the Kindred. Though she is using it now for the good for women being abused throughout the galaxies.

This is another great book by Ms. Anderson. It has taken some time for me to be able to listen to her books due to the abuse in my past, but I feel like I am growing as I listen to these books.