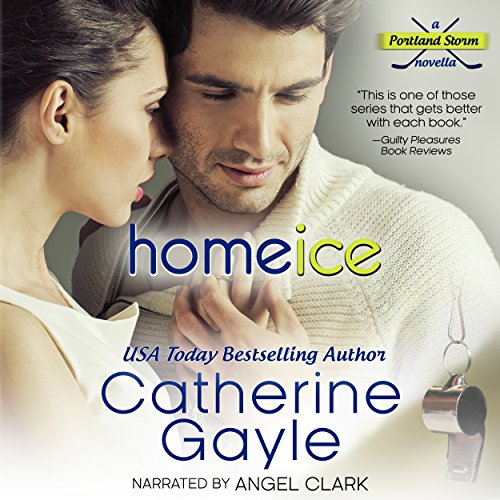 There's only one person in the world that Mattias Bergstrom allows to see his soft side: his younger sister, who was born with Down syndrome. She lives with their parents in Sweden, so there's no worry of accidentally showing his players any part of himself other than the hard-assed former defenseman and current head coach of the Portland Storm. At least not until the doppelganger of Matti's sister snags one of his young D-men in the corridor before the team's skills exhibition event, and his frozen heart melts.

Paige Calhoun has her hands full with four exceedingly boy-crazy, hockey-loving daughters - three teenagers and one pre-teen with Down syndrome. Everyday life is hard enough, but then her ex-husband scores tickets for Paige to take the girls to the StormSkillz Competition. The magnitude of her task is further complicated when her youngest spots the hockey player of her dreams and barrels through the crowd to claim him as her own.

The team's sexy-as-sin coach intervenes, and suddenly Paige feels just as boy crazy as her daughters. This girl might not be Matti's sister, but he decides to give her and her sisters a weekend they'll never forget. Too bad it never crossed his mind that in the process he might end up giving himself an unexpected happy ever after with Paige.

What listeners say about Home Ice

This installment in the series was short and so sweet. Once again, the narrator voiced the characters in a way that felt authentic and brought the story to life. I highly recommend!

This series is a wonderful combination of sweet and sexy. I feel as if I know these families by now... so if you really want the full effect, start with book one. So completely worth the credit!

Good story line. A little under satisfied with the conclusion. I love this series and will continue on.