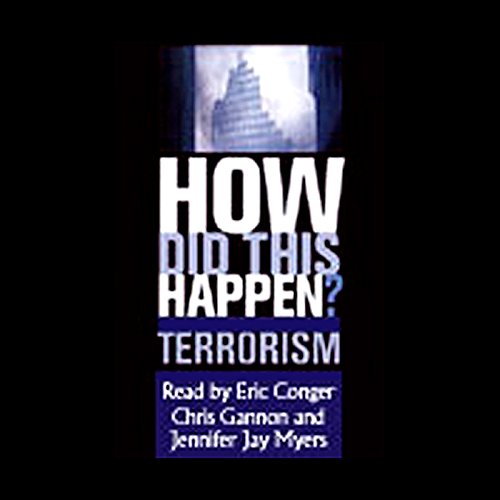 How Did This Happen?

In the aftermath of the terrorist attacks on September 11, one question has been on the mind of every American: "How did this happen?" Foreign Affairs' editor and managing editor, James Hoge, Jr. and Gideon Rose, have brought together an impressive list of experts to answer this question in all its critical aspects: the motives and actions of the terrorists, the status of our military, the current and historical context of the Middle East, airport security, biological threats, and diplomatic pressures.

This book provides listeners with an authoritative but accessible account of the issues that led to the present crisis - not as a symposium of opinion, but as a series of narratives on different aspects of the situation, providing perspective, information, and sound interpretation.

How Did This Happen? brings together such noted experts as Benjamin Barber, Samuel R. Berger, Richard Butler, Wesley K. Clark, William J. Perry, Alan Wolfe, and Fareed Zakaria to help make the events of that terrible day more understandable, even as we steel ourselves for actions yet to come.

What listeners say about How Did This Happen?