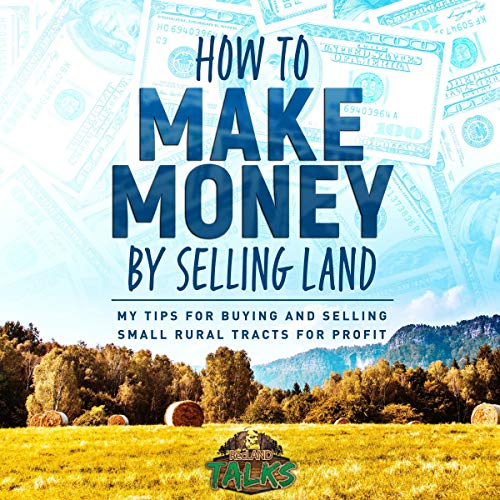 How to Make Money by Selling Land

Here’s how it started: I was driving to look at a new property, and a client called me to list one in North Louisiana. I was thinking that this 38-acre listing was right in the sweet spot for the size tracts that many people want for rural home sites in our region. I wondered if this tract could be bought at a price where we could improve it and make some money on it just like the... Well, just like the last several tracts I had bought over the last year!

I had bought, personally and occasionally with a couple of partners, 12 different deals just like this. Well, not identical deals in size and use, but similar in that they were smaller tracts ranging from 12 to 80 acres. I’d never really considered looking at my buying and selling in a context of time and lumping all the deals together into information that I could pass along to others. But this was the idea I just had. Why not talk about how I do it? Why not break down some of the steps I take? Why not explain the things I do to buy and sell a tract for profit?

The bite-sized pieces of information could be useful to others who wanted to do the same. I consider myself somewhat of an expert in the rural land brokerage business. I mean, heck... I do own and manage a large regional land brokerage dealing with millions of dollars in listings each year. I do know my way around most types of land tracts. I haven’t, however, thought of myself as an expert land investor. Yes, I’ve been involved in the purchase and sale of thousands of acres - and all made money - but that’s just me doing what I do.

An expert? No. Something to teach? Maybe.

So, here it is. My steps, thoughts, and actions on how I managed to buy and sell 12 different small tracts in about 18 months, all at a profit.

What listeners say about How to Make Money by Selling Land

Information based on experience

This book has a lot of detailed info based on the author’s experiences in buying and selling lands.

I love this book because he is very down to earth and he also expresses patience and kindness in doing deals. 😊

This is a good read no matter what part of real estate you are in consume ever bit you can. Pat has been selling land for years and very knowledgeable. I just learned he wrote several more and can not wait to listen td them.