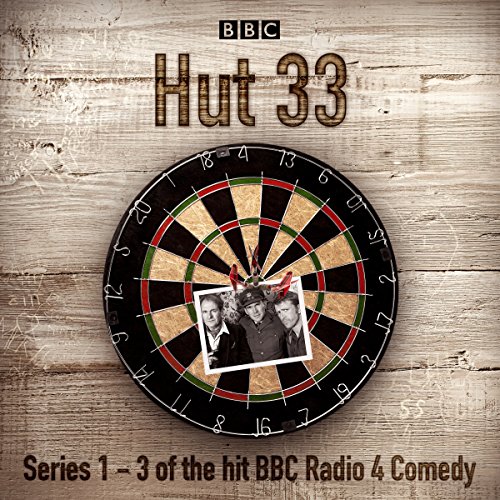 Set during World War Two, Hut 33 follows the adventures of a team of codebreakers at Bletchley Park as they work tirelessly to break German codes, matching wits with the fabled Enigma Machine. Unfortunately, they hate each other.

Archie is a stroppy Geordie socialist revolutionary while Professor Charles Gardner is a toffee-nosed snob. In theory, the immensely stupid 3rd Lt. Joshua Featherstonhaugh-Marshall is in charge of the hut, but he is still struggling with even the most basic concepts, such as his name. They are joined by child prodigy Gordon and the silent Winstanley. There's also Mrs Best, the lascivious landlady, and the hut's Polish secretary, Minka, the only competent member of the team - although her answers to everything usually involve violence.

What listeners say about Hut 33: The Complete Series 1-3

I have always Loved BBC Humor

I wish there was more to listen to. This has been such fun!! Great cast as well!!

original and best thing to come from UK in years

I spent my first ten years growing up in the UK. My family has always enjoyed British humor and the familiar themes of Fawlty, Porridge, Dad's Army, etc. I have enjoyed them in the past, but for a few years now they'd grown stale for me. Hut 33 brought back to me just how good Brit humor can be in a nice fresh way. lots to like in the characters - my fave a psychopathic Pole - strongly recommended

Milk snorted out of my nose

I am a sucker for anything with Olivia Colmen, so of course I got this. Hut 33 is about a group of people during WWII who are suppose to be cracking codes, but other things happen. Like class warfare, the visit of a royal, or even air raids. The acting is great, the lines wonderful. Do not drink while listening.