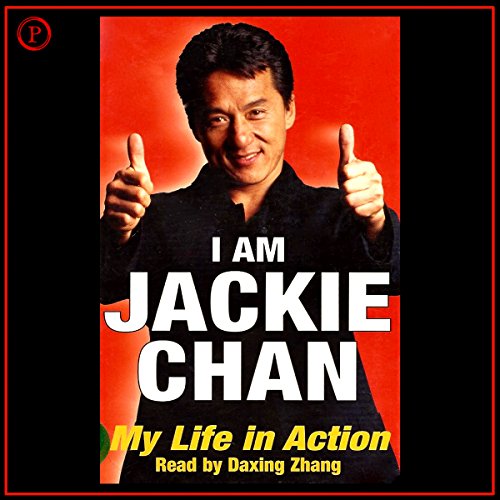 I Am Jackie Chan

I Am Jackie Chan

In you are fan of action-adventure movies with the accent on action-then you no doubt love watching Jackie Chan risk his life to create sensational cinema. As one of the biggest stars to burst into U.S. theaters, Jackie has put America's hottest heroes to shame, wowing audiences with the breathless, death-defying stunts that are the highlight of such movies as Rumble in the Bronx, Supercop, Operation: Condor, and his newest blockbuster Rush Hour. But who really is the boyishly handsome, lightening-fast Charlie Chaplin of martial arts movie making?

I Am Jackie Chan is the fascinating, harrowing, ultimately triumphant story of his life: How the rebellious son of refugees in tumultuous 1950s Hong Kong became the disciplined disciple of a Chinese Opera Master. How the "paradise" that young Jackie so eagerly embraced proved to be, in reality, a ruthlessly competitive place. How the dying art of Chinese opera led Jackie to the movie business-and how he made the leap from stunt man to superstar. Finally, after years of plunging off skyscrapers and living to tell the tale, Jackie Chan proves with this poignant, witty, and often astonishing memoir that it's always been a tale worth telling.

What listeners say about I Am Jackie Chan

You will love this audiobook

this book made me smile

I loved it. as a fan of Jackie chan it's a must read. you won't regret it

this is the abridged version. while it's good, the full story is much better. read the book

Great book for first half of Jackie Chan's life

I enjoyed the story thoroughly. The narrator has a Chinese accent that takes a moment to get used to, but he narrates well. Jackie Chan led a hard life that seemed to be a mixture of sweat and luck. I am a bigger fan than before. I'm so glad he was given the chance to be Jackie Chan and not attempt to be Bruce Lee #6.

I Am Jackie Chan: My Life in Action

Jackie Chan's story makes me care about him more! I really love him and his ideas even more.

A wonderful tale of the human heart and intentions. After all his evolutions his last film foreigner stamped the period in the showmanship of a master. Master not by the extent of unreachable uniqueness, but the canvas of human life. Wonderful realization that my childhood hero is even greater so when I hear from my adult self. Incredible

A memorable begin of an action movie legend. This book tell the story of Jackie Chan's training in the arts for the Chinese opera, and how his career took off as an action movie. He gives insight of the courage he gained, and the struggles he faced.

A good listen, a great story

What did you love best about I Am Jackie Chan?

Just finished listening to "I am Jackie Chan", the abridged audiobook version of Chan's autobiography. It's missing some of my favorite stories from the much re-read version that has had its place on my shelves for so long, but it was still a good listen. I'd become a fan of Chan's movies after having been introduced to them by a friend with a passion for martial arts and Chinese cinema. Chan was more accessible than Bruce Lee, with a sense of humor that came through in and complimented his over the top stunt work. There were actors in Hong Kong Cinema who made me laugh more, or who were better fighters, or were telling better stories, but there was something about Chan's silliness that almost always made me happy to spend a few hours watching a man fall down a building or run up a wall. And he really was, at that point in his career, falling down buildings, risking death to get a laugh. That was part of the deal he made with his audience. I've never liked his Hollywood films, but his work in HK even today often has a bit of magic. I'll still watch.There are lessons to be found looking at any life, most of them reminders of things we already know, but then learning often requires review of old information so as to link to new. "I am Jackie Chan" isn't a great book. Chan shares few deep insights about his extraordinary path, or the amazing people he met along the way. But it has been an extraordinary path. I still enjoyed glancing down along it. The hard copy versions are highly recommended. The audiobook version is a pleasant listen. Daxing Zhang's reading shows personality and a fondness for the material, and I'm glad I took the time to hear this story again.

I own the paperback version of this book and love it. I'm a big fan of Jackie Chan and it had been a decade or so since I read the book, so I downloaded the audio book as a refresher. The narrator (not Jackie) does a great job and the story is still great, it is just missing a LOT of content from the original book. I still like and recommend it, but if you have time to read a book, a recommend the print version over this abridged audio book.

A great read and a fantastic look inside a legend

Great book and inspiring, humbling knowing a man can grow from the smallest background. Glad to read about this legend

1999, and perhaps for a younger audience

While I enjoyed the book, it's fairly old, and the stories seem (perhaps) aimed at kids. This makes sense, as in those days there was "Jackie Chan Adventures" on TV (in the early 2000's).

listened to the store. it was good but felt it is somewhat out of date now. Also more stories about Hollywood would have been more exciting and added to the story