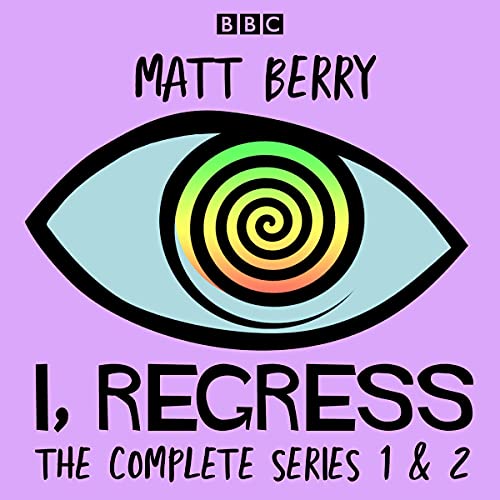 I, Regress: The Complete Series 1-2

Unorthodox, unpredictable and verging on the unprofessional, Dr Berry is a deeply disturbing hypnotherapist. His experimental regressive technique is both strange and terrifying and involves taking unsuspecting clients on unsettling journeys through their subconscious.

Each episode sees him dealing with a patient who needs treatment for a particular problem. There's Karen House-Water, who's aquaphobic (and therefore afraid of half her own name); Ray Highknock, a smoking addict who wants to kick the habit; a pair of East End twins with unexpected past lives; and a man who's scared of everything about cats (including the musical).

As the doctor puts them into a trance, we take a trip into the deepest recesses of their minds, experiencing alongside them the dreamlike - or nightmare-like - situations that their brains (and Dr Berry) have created. But as they're faced with talking dolphins, an interplanetary voyage, the inside of a whale and the God of Thunder, they soon realise that the cure could be worse than the disease....

Written and performed by Matt Berry

What listeners say about I, Regress: The Complete Series 1-2

If you love Toast or Laszlo, this is a total treat. Matt Berry is always gold and the supporting cast is perfect across the board - you'll recognize many of the voices from Toast. Loved it.