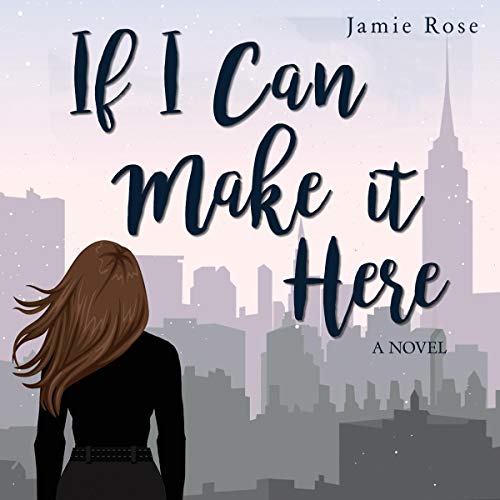 If I Can Make it Here

Written by: Jamie Rose
Narrated by: Stefanie Kay
Try for $0.00

Is it too late for coffee or too early for wine? That’s a question Madeline Burke has come to ask herself all too often. She needs a change, and a big one at that.

Coming into her late 20s, she finally finds the courage to pull herself out of a boring nine-to-five life in Texas and launch the exciting new career she’s always dreamed about. Thanks to a little chutzpah and some quick thinking, she has landed an internship working in film publicity in New York City. It’s her favorite city in the world, concrete jungle where dreams are made...or crushed. The prospect is both exciting and intimidating for a woman with an ambitious work ethic and a pesky anxiety problem. What could possibly go wrong?

As Madeline goes behind the velvet ropes of movie premieres and celebrity press tours, she finds out what really happens after the cameras flash. Navigating her way through splashy scandals, inflated egos, romantic entanglements, and impossible office demands has her catching her breath behind one too many bathroom stall doors.

The hectic and fast-paced reality that is her new life has her questioning whether or not she has what it takes to stick it out. She decides it is up to her and her alone to make it in New York City.

What listeners say about If I Can Make it Here

Really enjoyed this. It’s perfect for summer. As it’s 90 today, I very much enjoyed the descriptions of snow.

a very fresh and inspiring book. it was very heartwarming and kept my attention from start to finish!