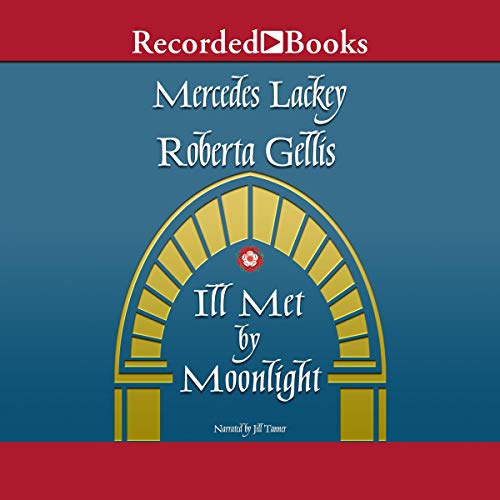 God (and Elfland) save the queen.

Peace reigns in Elfland. Incredibly, King Oberon and his exquisite but willful queen, Titania, are at peace with one another. But still the FarSeers of the Selieghe Court are uneasy. They fear trouble is coming to the mortal world of England, which is close to Elfhame Avalon.

King Henry VIII is aging but the futures shown when the FarSeers lift the great crystal lens are unchanged. The rule of the son Great Harry finally succeeded in begetting will bring gray lives and a misery of dull oppression to England. Worse will come if his eldest daughter comes to the throne - a queen warped by fanaticism who might easily summon the Inquisition to rule by torture and fire, burning out heresy ... and every bright aspect of life.

The prize at the end of the rainbow is the possibility of a red-haired queen with lion-gold eyes, brilliant with interest and curiosity, welcoming the blossoming of art, music, and literature.

But now the last image is flickering, edged in a dark menace. Years before, Prince Vidal had tried to seize the child Elizabeth and replace her with a simulacrum who would soon die. Vidal had been wounded almost to death in the attempt - but so also had Denoriel, Elizabeth's principal protector.

Denoriel is now healing - but so, unbeknownst to those of the Bright Court, is Vidal. And when Vidal wakes to himself, his determination to hurl England into a new dark age is fiercer than ever, fueled by his fury over his defeat and injury.

Also, his Dark Court feeds on human suffering and dark emotions. To ensure his own power, he must at all costs prevent Elizabeth from coming to the throne. To gain this goal, Vidal has set in motion a plan of which Denoriel and his comrades are dangerously unaware.

What listeners say about Ill Met by Moonlight