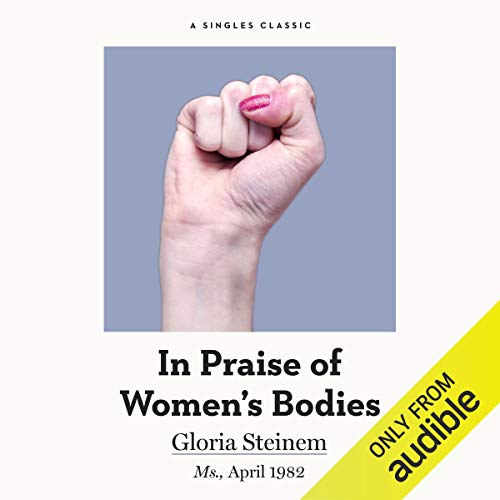 In Praise of Women's Bodies

Written by: Gloria Steinem
Narrated by: Marianne Fraulo
Try for $0.00

"It's a truism, for instance, that a few clothes are more shocking than none. But for women especially, bras, panties, bathing suits, and other stereotypical gear are visual reminders of a commercial, idealized feminine image that our real and diverse female bodies can't possibly fit. Without those visual references, however, each individual woman's body can be accepted on its own terms. We stop being comparatives. We begin to be unique."

What listeners say about In Praise of Women's Bodies

If only I had this book as a young girl.

I wish this book had been available for me as a teenager. I would have read it every year of my life and made opportunities to spend more time with women.

older though still so relevent

this is older. i believe it said 80s. there is still so much progress to be made. short and good.