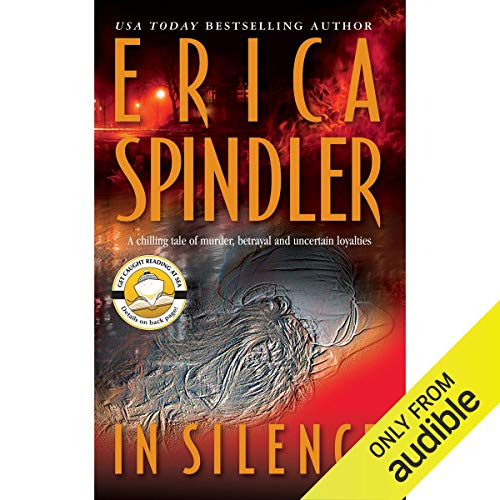 Written by: Erica Spindler
Narrated by: Mackenzie Harte
Try for $0.00

A Peaceful Southern Town. A Terrible Evil. The Power of Silence.

Journalist Avery Chauvin is devastated when she receives word of her father’s suicide. How could her father, a dedicated physician, have taken his own life?

Returning to her hometown of Cypress Springs, Louisiana, Avery desperately searches for answers. Instead she hears whispered rumors of strange happenings, of neighbors who go missing in the night. She discovers a box of 15-year-old newspaper articles in her father’s house, all covering the same event - the brutal murder of a local woman. Why had her father kept them?

Then the past and present collide. A woman is found savagely murdered. An outsider passing through town vanishes. And Avery begins to wonder, could her father have been murdered? As each step closer to the truth exposes yet another layer of deceit, Avery must face the fact that in this peaceful Southern town a terrible evil resides, protected - until now - by the power of silence.

What listeners say about In Silence

I feel like I just got off of a roller coaster. This novel is full of emotional ups and downs and suspenseful twists and turns. I kept thinking I knew what would come next, but, there were surprises around every corner. Masterfully done.

Edge of your seat thriller

What made the experience of listening to In Silence the most enjoyable?

It was a great story - very interesting and kept me guessing. I love listening to audio books when I'm driving to/from work

The fact that I couldn't guess who the bad guy was - I don't like predictable!