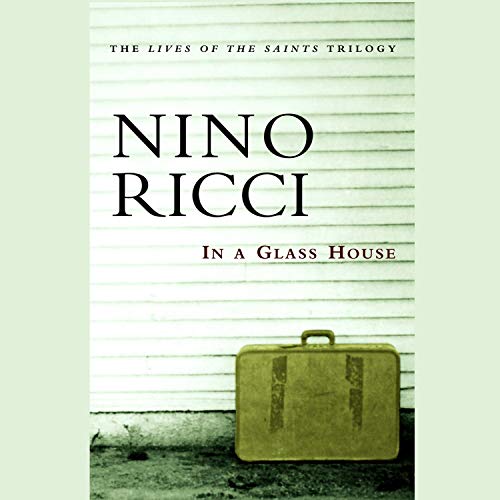 In a Glass House

Written by: Nino Ricci
Narrated by: Marco Timpano
Try for $0.00

After a harrowing voyage from Italy, during which his mother died, seven-year-old Vittorio arrives in Canada with his newborn half sister and is reunited with his estranged father, a dark, isolated, and angry figure he hardly knows. The story that follows spans two decades of Vittorio’s life within an immigrant Italian farming community in Southwestern Ontario, through his university years, and then into Africa where he goes to teach. At the center of Vittorio’s existence is his strained relationship with his father and with his half sister, Rita.

In a Glass House is a haunting tale about perseverance and longed-for redemption. Ricci juxtaposes the intimate, complex world of family, with “its shadowy intricate web of alliances”, against the dislocations of the immigrant experience. The result is a richly textured and memorable novel.

“The exactitude and delicacy with which the smallest details, the finest nuances, are rendered, demonstrates Ricci’s mastery as a colourist of the human heart.... A dizzying display of virtuosity....” (Quill & Quire, starred review)

“A haunting, lyrical, intelligent coming-of-age novel...the acuity of its observations, the eloquence of its prose and the hard-earned wisdom of its final pages make it a genuine achievement.” (New York Times)

“Brilliant.... There is little doubt that Nino Ricci is one of Canada’s best novelists to appear in a long time.” (The Spectator [UK])

What listeners say about In a Glass House