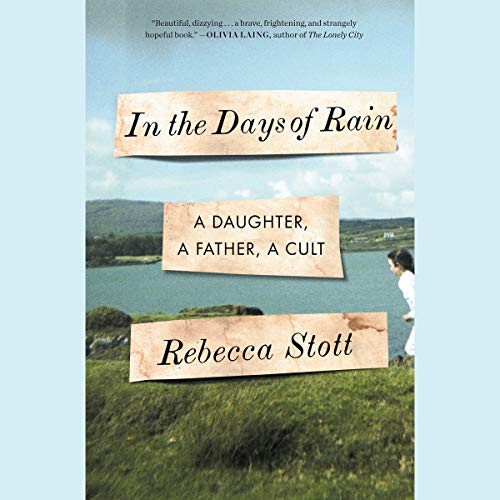 In the Days of Rain

A father-daughter story that tells of the author's experience growing up in a fundamentalist, separatist Christian cult, from the author of the national best seller Ghostwalk

Rebecca Stott both adored and feared her father, Roger Stott, a high-ranking minister in the Brighton, England, branch of the Exclusive Brethren, a separatist fundamentalist Christian sect. A man of contradictions, he preached that the Brethren should shun the outside world, which was ruled by Satan, yet he kept a radio in the trunk of his car and read Shakespeare and Yeats. Years later, when the Stotts broke with the Brethren after a scandal involving the cult's leader, Roger became an actor and compulsive gambler who left the family penniless and ended up in jail.

A curious child, Rebecca spent her insular childhood asking questions about the world, questions that went ignored, and trying to glean the answers from forbidden library books. Only when she was an adult and her father was dying of cancer did Rebecca begin to understand all that had happened during those harrowing years. It was then that Roger Stott handed Rebecca the memoir he had begun writing about the period leading up to what he called the traumatic "Nazi decade", the years in the 1960s in which he and other Brethren leaders enforced coercive codes of behavior that led to the breaking apart of families, the shunning of members, even suicides. Now he was trying to examine that time and his complicity in it, and he asked Rebecca to write about it, to expose all that was kept hidden.

In the Days of Rain is Rebecca Stott's attempt to make sense of her childhood in the Exclusive Brethren, to understand her father's role in the cult and in the breaking apart of her family, and to come to be at peace with her relationship with a larger-than-life figure whose faults were matched by a passion for life, a thirst for knowledge, and a love of literature and beauty. A father-daughter story as well as a memoir of growing up in a closed-off community and then finding a way out of it, this is an inspiring and beautiful account of the bonds of family and the power of self-invention.

What listeners say about In the Days of Rain

This book achieves such an achingly deep feeling without drowning you in dark details and motive. One is kept afloat with subtle biting humour and a wide feeling of care and heart. Worth a listen twice to extract more of the wise messages writ.

Story about being duped and finding healing...

This didn't focus too much on the cult - because the author was young when she was immersed in it and she relies on her father's journals and research to piece together the story. It was an interesting look into how one can be fooled into believing something that isn't true - and what happens when the truth is revealed.

The author reads the story and makes it believable.