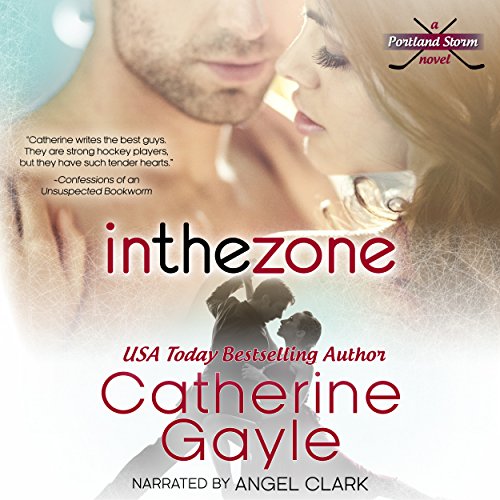 It was supposed to be a single night of fake names, half-truths, and anonymous sex. Neither of them was prepared for it to become more. Keith Burns, star defenseman for the NHL's Portland Storm, was just looking for a way to pass the time and ease the loneliness of his lavish lifestyle. Brianna Hayden wanted to find herself - and maybe learn to love herself again - after health issues changed everything. Anonymity is the name of their game; the rules were laid down at the outset. But when a chance encounter brings them back together long after the game should have ended, all their initial rules get thrown out the window.

It isn't long before partial truths and dancing around the pain of the past gets complicated. Their physical chemistry is off the charts, but it isn't enough. They both want a future, but Keith has an unspeakable history involving his two brothers that he just can't share with anyone, not even Brie. She needs the truth if they are going to have any chance at moving forward. If he can't give it to her, it might land him a permanent spot in her penalty box. If Keith can get In the zone, he'll be on the fore-check - but Brie's heart is the goal he's seeking.

What listeners say about In the Zone

In the Top Romance Zone

Gayle's Portland Storm is a top hockey romance series! Gayle develops her stories around real-life issues, creates authentic characters, builds delicious chemistry, includes multi-dimensional secondary characters, and wraps it all up with hockey. Add in quality narration and it's a definite win.

Finally a story where the female lead is not a size 6 or below. A size 18 is closer to reality and Keith's love and insistence that she is beautiful the way she is. The story is well told and was interesting. It follows the preceding stories perfectly.

Ms Gayle uses her well developed hockey team backdrop to once again offer a window into the impact of widespread unexamined problems on people's lives.

Some authors base their story on "the big misunderstanding", which often feels horribly artificial. Ms Gayle works with "life often happens this way". This time it's obesity and a smattering of same gender attraction.

A warm story that makes you think a little bit. If you like the series, you will REALY like this one. But Bk 6 is not a good place to start the series. (I would recommend Bk 2.)