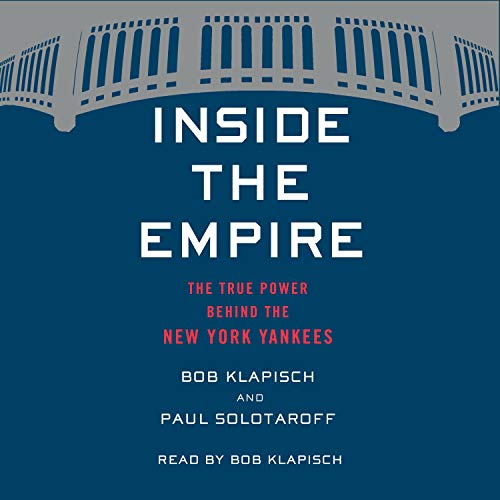 A riveting look at what is really said and done behind closed doors with the New York Yankees, the most famous and wealthiest sports franchise in the world

Using the 2018 baseball season as the backdrop, Inside the Empire gives listeners the real, unvarnished, “straight-from-the-gut” truth from Brian Cashman, Aaron Boone, Giancarlo Stanton, C.C. Sabathia - even Hal Steinbrenner and Randy Levine - and many more.

This is baseball’s version of HBO’s award-winning NFL series Hard Knocks. Klapisch and Solotaroff take you deep into the Yankees clubhouse, their dugout, and the front office and pull back the curtain so that every fan can see what really goes on.

Bottom line? You may think you know everything about the storied franchise of the New York Yankees and what makes them tick. But Inside the Empire will set the record straight, and drop bombshells about iconic figures along the way. There’s never been a baseball book quite like it.

What listeners say about Inside the Empire

Inside look at the Dynasty

I was very intrigued to hear what was going on behind the scenes of this team during the 2016-2019 seasons. I couldn’t believe some of the stories and quotes I heard that I’ve never come across in the NY media. Amazing book for any Yankee fan to listen to.