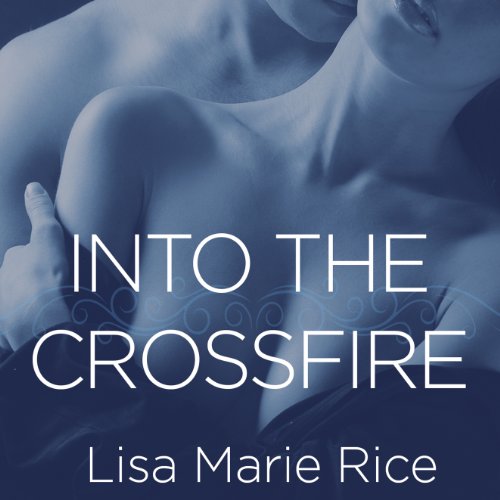 Former Navy SEAL Sam Reston keeps to himself. His world is dangerous, uncertain, violent…and there is no room in it for the helpless and weak. Then the most beautiful woman in the world moves in next door to him.…Nicole Pearce's life is complicated enough - with an ailing father and a new business to worry about - and the last thing she needs is to get involved with a secretive, hard-bodied, hardheaded neighbor. Yet Sam leaves her breathless - her body tingling with erotic desire - and it takes every ounce of her fabled control to resist offering herself to him, no strings attached. What she doesn't know is that Sam Reston is on an undercover assignment…and she's about to step into the crossfire.

Never has Sam ached for a woman so badly, and he's never fallen in love before. Now that Nicole is in grave danger, he will become her shield, and guard the tempting body he longs to touch and taste. Because a terrorist plot hatched half a world away is heading to their doorstep - and it can only be derailed by one man and one woman.

What listeners say about Into the Crossfire

Just okay for me

Narration: It took me a while to warm up to this one. His reading was a little slow-paced and monotone. Not terrible, though.

Story/plot: Some of it just didn't fit. She's totally focused on her father, but spends the night with a man. (Well, maybe since she was in the middle of a dry spell. . . .) Also, the plot needed to be more fleshed out. This was more like a movie that leaves out everything but the action.

Sex scenes were great. However, in the last couple of books I've read, including this one, the characters use the word "c__t" several times. Maybe I'm a little too old-fashioned, but I don't find that sexy at all.

Military aspect: I didn't notice it (sometimes I miss things when I listen rather than read), but another reviewer commented on the author's lack of research regarding actual Navy SEALs, ie, calling Sam a soldier rather than a sailor.

I read the later two books in this series a few months back, really liked them, and loved this audio version of the first book. If you are a fan of the alpha guy and smart sexy female lead, then this book will satisfy. Lisa Marie Rice delivers a great and original story and tantalizes with an equally surprising romance. Both characters are completely likeable and compelling. Unlike so many guys painted by this genre, Sam isn't really a people-person, and is prone to awkward interpersonal gaffes, but unlike other tales, Sam knows immediately he wants this lady and his primitive side goes to lengths to imprint on her early on. We don't have any of the usual dude-denial (phew). The action moves too fast for sam to sit around thinking too much.

Lisa Marie Rice is a wonderful, dependable way to spend your credit. She always delivers punch and satisfaction. Her interesting life experiences give us a variety of backgrounds that just thrum with excitement.

The narrator, Charles Constant, was a new one for me. He did not distract from the book in any way, and did a fair job of the male voices and overall. He is not in my top 10, but maybe he was the perfect voice for a good book...
Go for it. Get this book and sit back and enjoy!

Story too slow for audio

As a fan of this writer it is almost a complete rebelling of midnight man, just slower.
I liked the details of Nicole's background but her characterisation was less formed than one would expect with the huge material, e.g. Fathers dying months.

Sam was too good to be true... I guess I prefer when it not just via external chaos/violence/macho Hollywood film script material that the characters feelings are worked through.

The strange thing is that all the elements are there to allow the male character to shine and the weak, defenceless , although professionally brilliant, female character becomes just a weak foil.

It's probably part of our post 9/11 zeitgeist that horror can come out of nowhere and only the old warrior caste will make a difference, but it just felt too sweet, too easy, too slow particularly as this is the first of her many books I own that I listened to.

The audio performance was excellent, but again the differences in the male characters voices were brilliantly done.
In writing this I just realised what this is missing is other strong female characters and friendships like the midnight series. Nicole just can't carry the weight of all that testosterone!

Good narration, but weak story. The plot is based on Islamist terrorists attempting to bomb New York. Their evil plans are foiled by businesswoman Nicole Pierce, a linguist, and Sam Reston, former SEAL. The POV switches from heroine to hero to terrorist.

Major flaw? At least half the book is composed of internalization. We hear the thoughts and feelings of the heroine, the hero, and even the villain. Boring, especially in audio format, where you cannot skim. So much mooning over physical beauty, ruminating and reflecting, worrying and hoping. The thoughts are repetitive. I mean to say, they're redundant. What I'm saying is, we hear the same thoughts over and over.

Beyond that, the book includes equal parts explicit sex scenes and a thin plot.

On the up side, the protagonists are certainly likable. Good camaraderie between the three men in the security firm. Their bond is heartwarming. I also liked Nicole's dedication to her dying father.

Lisa does it again

Wow...I loved this book. It had all the things I want in an audio. Hot sex, suspense and great narrator.

I didn't love this book. It was written the way I would feel a man would wrote a romance novel, and I don't mean that in a good way. Sam was super dominant and possessive and all manly man. A big strong tough protector, just like I love them, but Sam didn't do it for me. I can't quite put my finger on it but it just wasn't a fit. I feel like everything happened so fast that I didn't really get connected with their relationship. There were parts that I liked and parts that made me laugh or comment out loud but in general I found myself waiting for the story to end. I'm giving this story an extra star because I surprising liked the male audio voicer. I liked his character voice choices and he made them distinct and recognizable. He also was able to make the female voices sound realistic and not like he was making fun of the higher pitched tones.

Very good story-- I usually do not like a male to read romance except the parts from the male perspective. However this narrator did a very good job. It was an interesting story. It also had plenty of steam. I prefer one couple monogamy so I enjoyed this book.

I have been a fan of Lisa Marie Rice for a long time. So I actually read Into the Crossfire some years ago. Like any favorite book of mine I often went back to visit Sam and Nichole, rereading a great story! Then one day I noticed that they were coming out as an audio book! Oh happy day! Then panic... I love this book and these characters what if it's not the same?! What if the narrator sucks?!

No worries people! To tell the truth I wasn't sure which version I like more! The ebook or the audio book!

Ms Rice wrote such a intense and dynamic story coupled with the vocal talents of Mr. Charles Constant that you can't help but to be sucked into the story!

I am not one to not finish listening to a book but this one is just killing me. The narrator is so boring that I realize I have tuned out while listening. I can't seem to get beyond chapter 3 as it has not caught my interest. Honestly, it is like listening to the narrator read a Curious George and the Man in the Yellow Hat book. (probably dating myself). So far the only good thing is that I got this book in a BOGO deal. I am not feeling the connection between the two main characters and the story seems to jump around and does not flow well. Maybe I will try again later.

Erotica this is sooo not !!

Good story but the sex scenes were blown by using peinus instead of cock, please