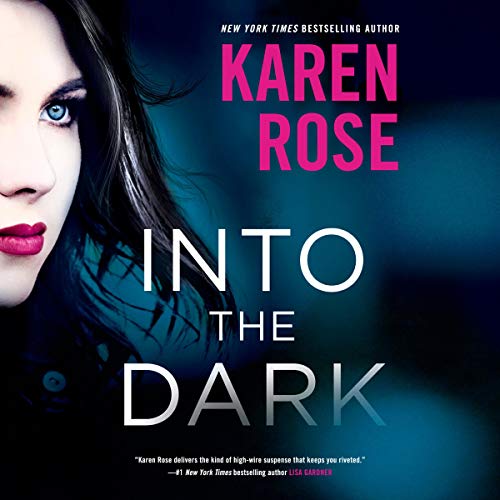 Written by: Karen Rose
Narrated by: Hillary Huber
Try for $0.00

Michael Rowland is not your typical teenager. Deaf from birth, he’s always looked out for his five-year-old brother, Joshua. When his stepfather comes after Joshua, Michael takes the child and runs. He’s determined to protect his brother at all costs, even if that means making himself vulnerable to a danger he can’t hear coming. And the danger intensifies when Michael witnesses a stranger kill his stepfather.

Desperate and afraid, the boys have nowhere else to go but to Joshua’s soccer coach, journalist and ex-Army ranger Diesel Kennedy. When Diesel sees that Michael is injured, he takes them to see Dr. Dani Novak - not only because she’s fluent in American Sign Language, but because he’s drawn to her and everything she stands for. She never refuses Diesel’s requests - because she, too, feels their connection - but she resists him for reasons she doesn’t want to confess.

When Dani and Diesel learn that Michael saw the face of his stepfather’s killer, they fear for his safety. But they quickly discover that it’s even worse than they feared: They may have a serial killer on their hands - and all signs point to Michael as the next target.

“[A] pedal-to-the-metal thriller with plenty of developed characters and converging mysteries.... To call this book a page-turneris an understatement.” (USA Today on Say You're Sorry)

What listeners say about Into the Dark

One thing I’ll say about books written by Karen Rose is she sure puts a lot of characters in her stories. And they all have baggage and drama! There’s always some romance ((which is not my favorite) and who ever plays second fiddle to the two main protagonists in each book then becomes the lead players in the next book. This is the sixth book in the Cincinnati series. It can be listened to as a stand alone however I would suggest listening to the series in order so all the characters will be familiar. Otherwise you have characters coming out of the woodwork and you have to wait for each one’s story to be revealed, which they will be.
The antagonist in this book is a serial killer with a purpose. He doesn’t like people who abuse young children. His methods are a little Dexter(ish)! For anyone not familiar with the Dexter Morgan character he likes to find a person who deserves his special attention. Makes sure he is truly bad and then dismembers them while still alive. The difference with this killer is he’ll kill people who’ve seen him to avoid being identified. In this book, the killer has rescued a 5 year old boy from being sold to a pedophile by murdering both the seller and buyer. He didn’t realize he had been seen by the child’s 14 year old brother and after finding out he sets his sights on the 14 year old. But, he’ll make it fast and painless. Ok, so I liked him up until there. There’s some other collateral damage along the way , people who don’t deserve to die but are necessary to maintain his anonymity.
At 21 1/2 hours, there is a lot going on on this book. And as always I’m sorry when it comes to an end.
Hilary Huber does an excellent job narrating.
This book is HIGHLY RECOMMENDED.
If you found this review helpful please indicate so.
Thank You.

You got to get it!

Every time I read a Karen Rose book, I say it's one of my favorites. So, here it goes... this is my favorite... that is until the next one. Good narrator, good story, and finally happiness for Dani and Diesel. You will enjoy it.

I've listened to the first 4 books and was anxiously waiting for Dani and Diesel's story. It was well worth the wait. I laughed, I cried, and was thoroughly entertained. I will definitely listen to the story again and again, just like the others.

Karen Rose is great. This book is part of a series, it can be read as a standalone but has references to past books. This is Dani and Diesel's story. It keeps you on the edge of your seat just waiting to see what's next, one of the foster kids she has is being hunted by a killer. I love the connection the characters have, the real feelings and showing them. Letting the kids in the book know it is ok to have them and it doesn't make you a weaker person. Dani has demons from her past and issues with the present, Diesel has demons from his past. Dani keeps him at arms length, he doesn't give up. Will the have their HEA It is so worth the listen to find out. The narrator Hillary Huber is wonderful in her delivery of the story. I recommend this and all other of Karen Rose's books.

Above all else the continual use of a Valley Girl type tone, by the narrator, for EVERY character was excruciating. The characters: Dani, Decker, Decon and Deisel were all mentioned in one paragraph and, oh yes, let’s not forget Delores. What! Aren’t there 25 other letters that could be used?

I've loved Danny and Diesel's characters from the beginning of the series, even more now with the adoption.

Not a bad listen

I think it would have been a great book without the sex parts. Not everyone has to be intimate with someone in just about every book!!! Not to mention that one of the main guys knitted,volunteered, helped law enforcement,and coached kids!!!! Seriously!!

This is one of my favorite books. I enjoyed the story and substance very much! You won’t be disappointed with this one.