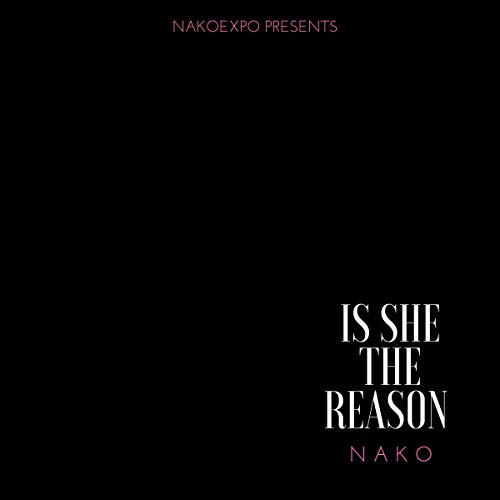 Is She the Reason

Written by: Nako
Narrated by: Brad Gilliam
Try for $0.00

Yara Moreland was a complex woman, full of mystery, compassion, and way too much love. She would do anything for her husband, including going to jail for 10 years. When she's released, things aren't the same, and she's left confused and wondering who's to blame.

Kamala Crawford is madly in love with Kadeem. She's counting down the days until his wife is released from prison so that he can divorce her and they can get married and live happily ever after.

Kadeem Moreland's mind is somewhere lost in the jungle. He fails miserably at being a father to his three children, leaving them in the care of his mother.

Is She the Reason gives you perspective from everyone included in this love triangle. Will karma keep Kamala's wishes from coming true? Will Yara seek revenge on her husband? Or will she realize that their love was never real to begin with?

National best-selling author Nako is back with a spellbinding novel that captures the attention and hearts of her listeners.

Author's note: Is She the Reason is a full-length stand-alone. Characters were previously mentioned in Giselle: Creme de la Creme. However, you do not have to listen to the story to enjoy Is She the Reason.

What listeners say about Is She the Reason

The plot was amazing, which is the reason for me picking this book....I'm thinking this will really be a great story....HOWEVER, the cultivation of the story was lackluster....the story in my opinion wasn't developed....I believed the author had ample time....this was a 13 hour audiobook...there were a lot of issue left unresolved, there were people in certain scenes of the story that made no sense at all! One of the man characters was a man named Kadeem...there were a lot of things left out about him, his mother and his father...as well as the weird relationship between his parents....those issue were presented throughout the story...but never actually addressed....the story between the two (2) main characters Kadeem & his Wife/ex-wife Yara was poorly resolved....Yara's storyline was sort developed of all of the characters...as well as her & Kadeem's oldest daughter Ameena & youngest daughter (I forget her name).....the story briefly spoke about the couple's son...but the was something else mentioned, but wasn't developed. Their middle daughter didn't have a developed story either....I really don't understand how I spent those 13 hours....the story talked about basically the same thing over and over....I don't understand how the father's fiancée Kamala was able to get away with all of the BS she got away with....and to top all of this the narration was terrible!

Excellent Read From Start to Finish!!!

I was a little skeptical about getting this book just based on the sample listen but I'm so glad I did. Great story. Would love to see more from this Author.

Luv, luv and did I say Luv’d

I really enjoyed this book. From the beginning to the end. Thank you for putting out an amazing read. It’s been awhile since since I read a book and took a gamble with this purchase. I didn’t even do a sample bc something said this book is about to have me on edge and it did. So I just purchased it. Whew, I’m so glad I did. The twist and turns were on point and I even went back a chapter a couple times bc he/she did what now. Lol. Definitely worth the purchase and the book cover is simple but dope as well. That’s what caught my eye for some reason bc I didn’t even read the snippet of what it was about. No regrets here and I’ll be gifting this book to my friends.

Random, the narrator Brad had me in tears laughing.

If I’m a Glow Up was a person it would be Yara. I absolutely love her story!! She is everything. I relate to her so much. Rebuilding your life, love finding you, dealing with skeletons, this book has everything.

This story reminds you to never give up and believe in yourself! Also love yourself first!

Where do I start?!

This was amazing. I felt it all. The writer is definitely gifted. I’m happily downloading the next book!

What an Emotional 😭 Ride

Nako
Is She the Reason
Oh MAN!!! This book!!! Kadeem is terrible! I wanted to hurt him so bad! Poor Yara! I didn’t know what to think when I read the description of this book, but as I listened I was so caught up! 🤭 Kadeem was making me so MAD! 😡 The deception. I want to give Yara a hug, but this girl was blessed in the midst of chaos. Quentin was the best. What a patient sweet man. When him and his part prayed for her I was so emotional! I wanted to know who testified against her. Did I miss that? What happened with her son? Kadeem was such a dang bone head! He really reaped what he sowed! This book was good!

I loved the story wish narrator had an urban voice but still a great book .

This was an amazing book. Throughout the book I could relate to Yara in so many ways. This book proves that Karma is real and that one should truly watch how they treat others. Yara deserved all the treasures given to her. I highly recommend this book!

Couldn’t put it down

Great book but chile is pronounced child not Chile lol. Other than that great book. A more reader famine with urban Slang would have been great