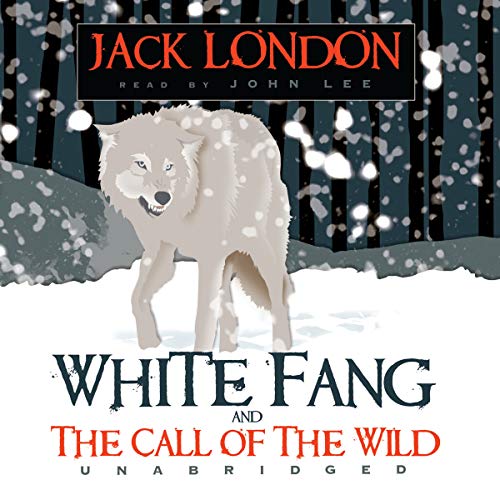 Jack London’s adventurous nature, intuitive feeling for animal life, and superb storytelling skills give his tales a striking vitality and force. Thrilling action and a sense of justice characterize the classic stories in this collection.

A bold-spirited dog named Buck is stripped from his comfortable life on a California estate and thrust into the rugged terrain of the Klondike. There, he is made a sled dog and battles to become his team’s leader and the devoted servant of John Thornton, a man who shows him kindness amid the savage lawlessness of man and beast.

In the desolate, frozen wilds of Northwest Canada, a lone wolf fights the heroic daily fight for life in the wild. But after he is captured and cruelly abused by men, he becomes a force of pure rage. Only one man sees inside the killer to his intelligence and nobility. But can his kindness touch White Fang?

Call of The Wild & White Fang

Forced to read as a young teen and hated it, now with the maturity of an additional 40 odd years I have finally learnt the appreciation of these fabulous tales. An excellent performance and several happy hours of relaxation. A must listen too.

Fantastic stories of the nobility of the wilderness.

Both stories are great for both young boys and old men.

The narrator has a very good voice, making this audiobook even more enjoyable.

heart wrenching stories but so good! there is something about stories with animals that gets to me more than with humans. both great stories of triump.