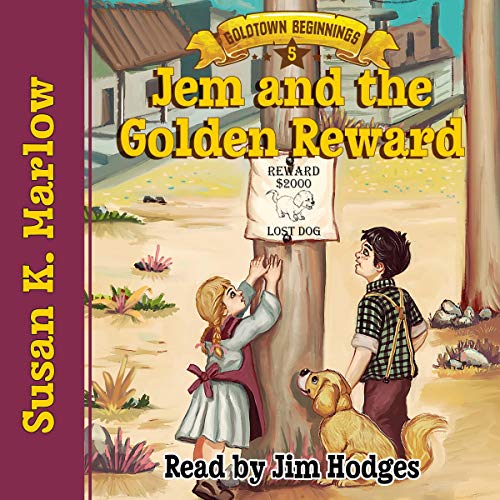 Jem and the Golden Reward

No one really knows where Jem’s beloved dog, Nugget, came from when Strike-It-Rich Sam found him. Jem doesn’t care; he just knows he loves his pup. But now, “missing dog” posters are going up around town, and the dog looks just like Nugget!

It turns out the pooch is a golden retriever, a brand-new breed that’s very rare. A rich man from Scotland was visiting San Francisco when one of his dogs was lost in the mountains above Goldtown. There’s a reward for the dog’s return, and mean Will Sterling wants the money.

Jem is desperate to keep his furry best friend, and he’s sure Nugget wants to stay with him, too. But when he tries to hide out in the woods, he has no idea of the danger that awaits them.

What listeners say about Jem and the Golden Reward