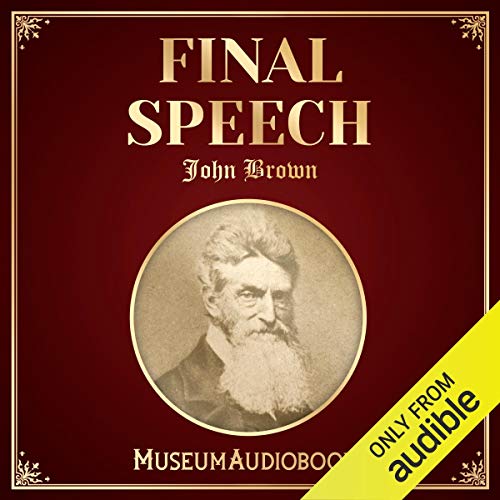 Written by: John Brown
Narrated by: Clive Davis
Try for $0.00

John Brown was an American abolitionist who believed the only way to emancipate the slaves was via violent revolution. Early in October 1859, Brown and a group of his followers seized an armory in Harper’s Ferry, Virginia, with a plan to use the armaments to further their cause. Brown was captured and, two months later, was sentenced to death.

During the hearing, Brown made his final speech to the judge and jury; he defended his actions and righteous goal and highlighted the hypocritical justice system of the time. This is an address worth experiencing, not only as a moving piece of oratory but also within the context of history and the story of this great man’s life.