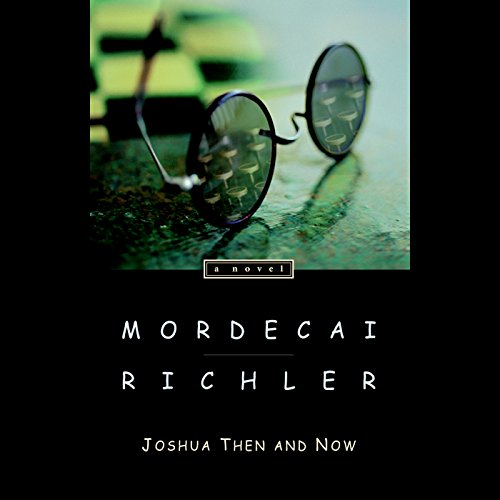 Joshua Then and Now

Written by: Mordecai Richler
Narrated by: Dillon Casey
Try for $0.00

Joshua Then and Now is about Joshua Shapiro today and the Joshua he was. His father is a boxer turned honest crook, his mother an erotic dancer whose greatest performance was at Joshua's bar mitzvah; Joshua has overcome his inauspicious beginnings in the Jewish ghetto of Montreal to become a celebrated television writer and a successful journalist. But Joshua, now middle-aged, is not a happy man. Incapacitated by a freak accident, anguished by the disappearance of his WASP wife, and caught up in a sex scandal, Joshua is besieged by the press and tormented by the ghosts of his youth. Set in Montreal, the novel chronicles the rocky journey we all make between the countries of the past and the present. Raucous, opinionated, tender, Joshua Then and Now is a memorable excursion into Mordecai Richler's comic universe.

What listeners say about Joshua Then and Now

This was an excellent novel but frustrating to listen to due to the narrator's many stupid pronunciation errors up to and including the author's name. He also failed to comprehend the sense of many sentences, putting the stress in the wrong place and confusing the meaning. He chose to give some (but only some) foreign characters accents, and each was embarrassing. Not the quality I expect from an Audible production and Mr. Richler certainly deserved better.

Great story, should have found a better narrator

The narrator struggled to portray the characters, and had no clue how to pronounce the many French, Spanish, and Yiddish words that colour this tale. Still, this is a great story, and as long as you can handle grinding your teeth through poor pronunciation, worth a listen.