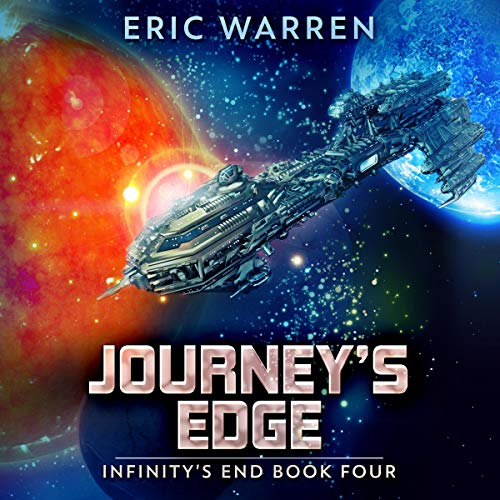 Written by: Eric Warren
Narrated by: Larry Gorman
Try for $0.00

The past doesn’t easily forgive. Or forget.

Distraught over the loss of his crewmates, Caspian Robeaux no longer believes he can pretend to be part of the crew of the USCS Tempest. He has to face the fact he’s become an outsider and that’s who he’ll always be. He has no place on a Coalition starship anymore. But the mission must continue and until it’s complete, he’s stuck on board. Will he find a way to cope, or will the ghosts of his mistakes drive him mad first?

Meanwhile Commander Evelyn Diazal is dealing with her own issues. After a visit with her infirmed father goes horribly wrong, she begins to see and hear things that aren’t really there. Afraid her father somehow passed his madness on to her; Evie does everything she can to cover up her problems until it puts another crewmember in mortal danger.

Amidst all of this, the Tempest has traveled far beyond the borders of Coalition space, searching for the mysterious Andromeda threat. However what they find is far more dangerous and destructive than they ever could have imagined. Will Cas and Evie manage to pull the crew together to survive, or will their ailments cripple them before the Tempest can escape?

What listeners say about Journey's Edge