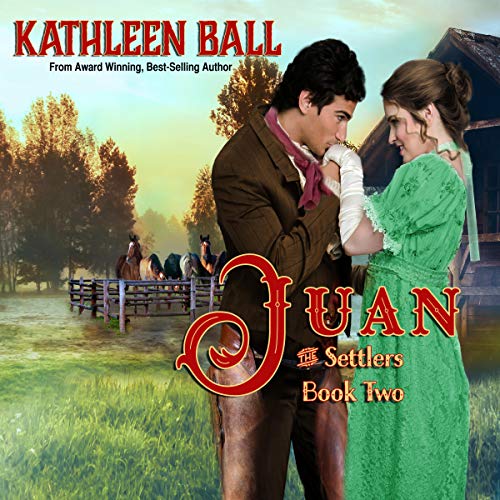 Sonia Wist was just a young girl when the lecherous Peddler promised to marry her. He left town and took all of her life’s dreams with him; leaving her with child. Her enraged parents buy her a husband who is an abusive drunk and his father is even worse.

Two years later, Sonia is a widow with a son. She has nowhere to go and she’s broke. She happens upon Juan Settler’s cabin and upon finding it empty, she hides there for a few days.

Juan Settler is a one of the best horse wranglers around. He has a gift for training wild horses. He finds Sonia and instantly understands her pain of being an outcast. He brings her and her son to his adoptive parents, Smitty and Lynn (From the Oregon Trail Dreamin’ Series). But Sonia feels that her reputation is tarnishing the Settler name.

Sonia comes to the realization that there are second chances in life and God forgives those who are truly sorrowful. Now she needs to help Juan understand that he’s not worthless because he’s different. Join Juan and Sonia in this Sweet historical Western Settler Orphan Story.

This is book two of The Settler series. Greg is book one and it’s an offshoot of the wildly popular Oregon Trail Dreamin' series.

I did enjoy the story. The characters are well developed. My heart did break for Sonia. Juan was so lonely. They wanted each other but had so many battles to fight to be able to be with one another. The story does have a happy ending.