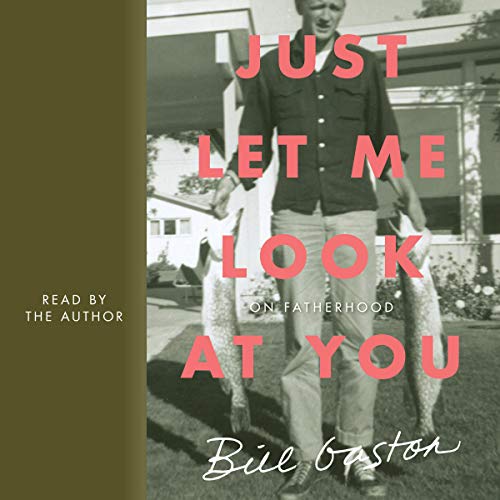 Just Let Me Look at You

Just Let Me Look at You

From Giller-nominated, award-winning Bill Gaston, a tender, wry, and unforgettable memoir about alcohol, fishing, and all the things fathers and sons won't say to each other.

Sons clash with fathers, sons find reasons to rebel. And, fairly or unfairly, sons judge fathers when they take to drinking.

But Bill Gaston and his father could always fish together. When they were shoulder-to-shoulder, joined in rapt fascination with the world under their hull, they had what all fathers and sons wish for. Even if it was temporary, even if much of it would be forgotten along with the empties.

Returning to the past in his old fishing boat, revisiting the remote marina where they lived onboard and learned to mooch for salmon, Bill unravels his father's relationship with his father, it, too, a story marked by heavy drinking, though one that took a much darker turn.

Learning family secrets his father took to the grave, Gaston comes to understand his own story anew, realizing that the man his younger self had been so eager to judge was in fact someone both nobler and more vulnerable than he had guessed.

Warm, insightful, and often funny, Just Let Me Look at You captures every father's inexpressible tenderness, and the ways in which the words for love often come too late for all of us.

"Under Gaston’s quiet prose lies an ocean of pain and hard truths. Unsentimental and yet deeply poignant, his memoir will resonate with anyone who wanted more from a father than he could give." (Trevor Cole)

"This book isn't just for fathers, sons or those who fish...as a mother and daughter who does not fish, I nonetheless related to Bill's longing to understand the person who had raised him and helped shape his world view. A beautifully written memoir about the complex layers that exist between parent and child and the drive to find peace with our childhood ghosts." (Cea Sunrise Person, author of North of Normal)

“I was heartbroken in the first five pages. Bill Gaston kicks and punches holes in the walls of time and recounts the battle between father and son, a battle that defines us whether we like it or not. For everyone who fights ghosts and knows they're never going to win, but keeps trying.” (Tom Wilson, author of Beautiful Scars)